Sangklaburi is one of my favorite places to visit in Thailand. It's not only an incredibly beautiful place, but there is an interesting and diverse mix of people comprised of Thai, Burmese, and various Hill Tribes. It's also a place where I've had mixed results where food is concerned.

One afternoon at the very nice market, a curiosity was spotted. I don't know what we saw first. Maybe it was the fried roti, or maybe it was the shirtless man doing the cooking. 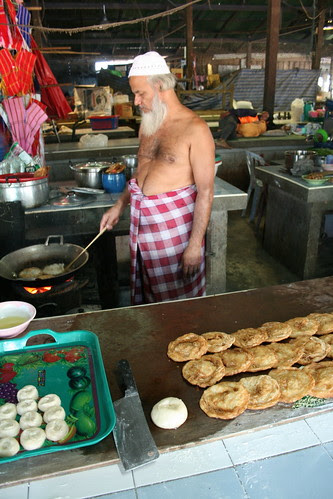 Who is this man? He was a bit of a mystery really. My guess is that he is a Burmese Muslim. He spoke Thai more or less. He clearly wasn’t a native speaker. We were a bit perplexed about the food situation. When we inquired about getting a meal, he told us that there was dahl and nan. Perfect, but unusual. 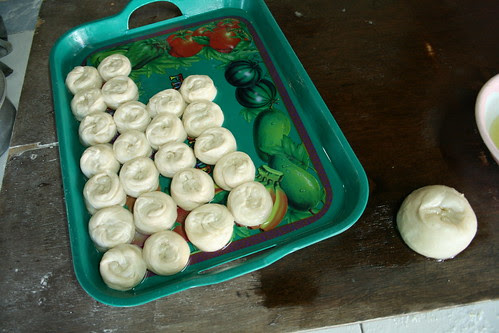 As usual, I started to poke around to see what was cooking. He had just made some nan and was getting to work on the roti. 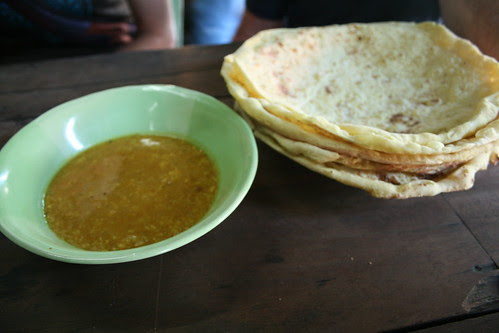 We put in a further order of some vegetables as we were deficient in that particularly important food group. 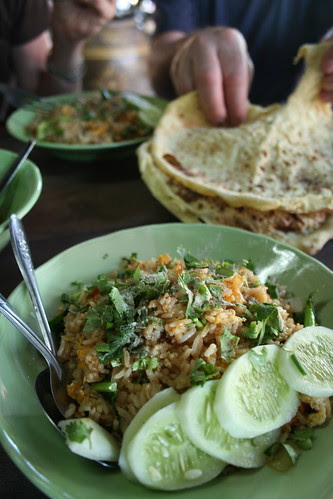 What came was fried rice. Oops. These things do happen.

From my experience, this is not a common market meal, but it was a pleasant and delicious surprise.
Posted by a at 12:59 AM