Mostly Quiet on the Western Front 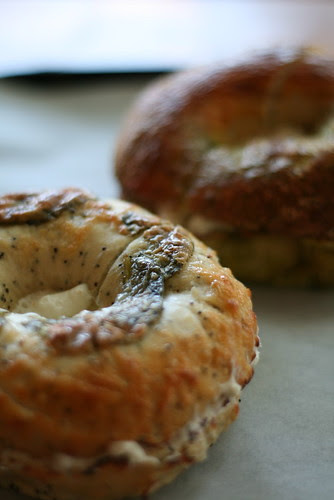 It's been quiet here. Few posts have made it from the drafting board. Meals are consumed, impressions made, and favorites tracked down. As before due to my calorie requirements, I eat at least three meals a day, some of which find their way onto my hard drive where they sit. There really are fewer better places to eat in America than the Bay Area. Whether it's the diversity of produce available, or the diversity of cuisines represented by the many large immigrant communities, there is really a large problem deciding what to eat. The big problem for me, is most food eaten out is in restaurants. I stay home and cook a lot. As I said in the previous post, I'm not looking to turn this into a simple restaurant review blog, or just a cooking blog, so posts have been slow in coming.

A word or three on street food:

I've written and rewritten opinion pieces about the merits of street food many times over the last year or so, but am never satisfied with the results. Now that street food is elusive, it is easier to hit the main points.

I hesitate to say that street food is better than restaurant food, as it is hard to speak in absolutes, but it often is a lot more fun, is more inclusive, and of course it is cheaper. You certainly don't have to agree, but one of the most enjoyable things in life, is wandering around a large outdoor market, picking up snacks, plopping down for a beverage, or having a bowl of noodles. Hell, a simple grill on a sidewalk can really be perfect as well. It's casual, it's simple, and it's cheaper. Oh yes, it's fresh, interesting, and a great look into what everyday people are doing. It's a slice of life.

A word or two on restaurants:

This is all very unscientific. I don't have a pleasure index relating to the food I've eaten on the street vs. in a restaurant. Maybe it's all a matter of personal taste. So anyhow, I don't bring my camera to every restaurant I end up in. In addition I don't want to show you what I cook for breakfast on a daily basis.

Well put. Obviously I'm a proponent of street food. It's not *always* better than restaurant food, but recently in Saigon we ate a lot of both and I have to fall down on the side of the dishes we ate in market and on the street. There's something to be said for a cook who's been working the same dish (or small repertoire of dishes) day in and day out, and has to compete for business based on nothing but flavor (atmosphere doesn't play in on the street!).

There's also the question of experience and I think you nailed it on the head - eating on the street is a way to connect, however evanescently, with the place you are in (and with the people, or some of the people at least, who live there). For a moment or five, however long it takes you to eat and linger, if you choose, after your meal, you're included, part of it.

There's also the immediacy factor - from grill or pot or pan right to your table, usually by the person who's prepared your meal. I love that about street food.

One question though - how do you define street food? I've been pondering that in relation to Malaysia, where much food is served from carts but they're not really on the street as they are in Bangkok...

How do i define street food? Gosh, as a sarcastic answer, it's food served up on the street! But seriously, there are many exceptions to this. I don't know Malaysia, so I'd love to hear more. In Mexico where I've spent lots of time, many women tend comals in shabby buildings where they cook up sopes, huaraches, or whatnot. Absolutely no frills, no intentional atmosphere, made in front of me, made to order. While not on the street per se, this fits my arbitrary definition as much as a lady selling tamales on the sidewalk. SO does a lot of food grabbed at stalls in Markets from Latin America to SE Asia.

Maybe when we say street food, we're implying a style of cooking and eating as much as anything else. Is it that immediacy mixed with the simplicity? Jeesh, now I'm not sure! What do you think?

I think it is proximity of diner to cook/server. Singapore is known as SE Asia's 'street food capital' (Malaysians snort at this, for good reason) and there's certainly nothing resembling the sort of street food scene you find in Bangkok or Saigon (for instance).

Yes, I think you've got it ... it's a style of cooking/serving/eating. It is about experience AND food.

I've been thinking about this alot lately. Street food is threatened in a few places around the region ... I'd like to pen an intelligent polemic in its defense.

If I understand correctly, street food is under attack from zoning and other new and rules and regulations, no?

In America, street food has been zoned and regulated almost entirely out of existence. Funny thing is, people want it, and it's just not happening. I recently read a rather depressing article in the SF weekly about the street cart scene. New York City has 3000 street food licenses, whereas, San Francisco has only 120. For a couple of reasons which I won't go into here, there are only 49 vendors out on the streets. Yes 49. Local laws, regulations, and the powerful restaurant lobby are to blame.

You can find something resembling street food at the local farmers markets, but it's an entirely different animal. It tends to be a more expensive and gourmet version. It is now a luxury to eat on the street! Help, how does this fit in? I might be doing a post about this in the near future...

A post on Bay Area street food in comparison with street food in Thailand (or elsewhere in SE Asia) would be great. I suppose taco trucks are the closest thing to what I sort of consider 'real' street food. I suppose you've read how LA has passed new regulations that make it difficult for taco trucks to stay in business.

Comparison posts are in development. It's a bit depressing for me though.

I try and follow the taco truck wars rather closely. The Oakland Taco trucks are certainly excellent. I regret I live so far from them.

Thanks for stopping by. I always enjoy the discussions.