How to Make Thai Coffee 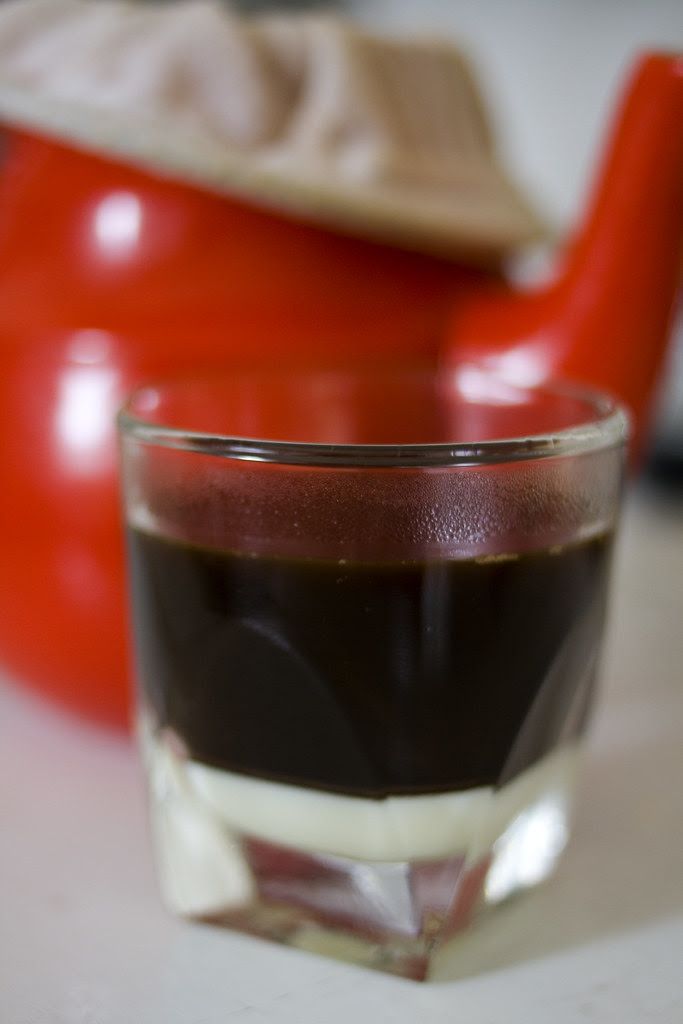 Over a year ago, while sharing a meal with a Thai family, I ordered an oliang, or black iced coffee. Everyone laughed for some reason. F told me I was drinking an old man's beverage. Whatever. Anyhow, I casually asked "So, what's in oliang exactly." Silence. I was surrounded by three generations of a Thai family and nobody ventured a guess. I prodded them so Tawin offered, "Butter."
"Butter!? Now way!" I replied.
"Maybe margarine." offered F.
I let the matter drop and forgot about it. Once in a while I would think about Thai coffee consumed at morning markets and from streetside stalls and wonder how it was made. I went online and looked in books and was confronted with a bunch of conflicting information. Some recipes just say put espresso and sweetened condensed milk together. Others say use cardamom, and others chicory. When I vented my frustration with how much lousy information there was out there recently, I was chastised for having too much faith in the information on the net and even in books. Maybe there's some truth in that. 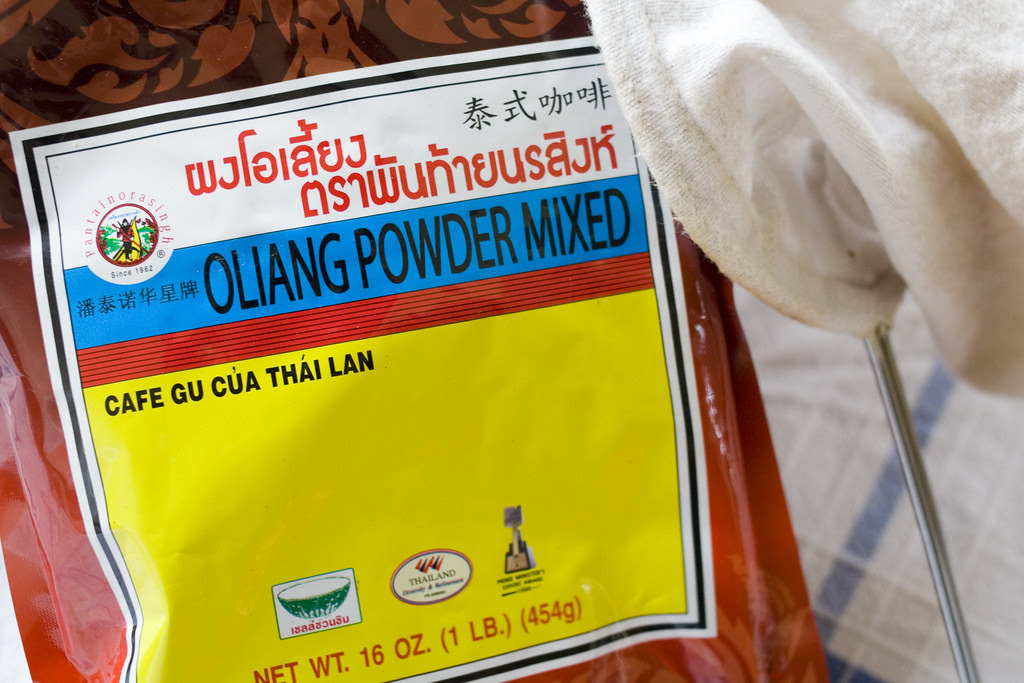 I'm not usually content to tell you dear reader to go to the store and buy yourself a product to satisfy all your desires, but in this case, it's the way to go. If you want to drink some genuine Thai coffee go to the Asian import store and buy yourself a bag of oliang. What is oliang exactly? Oliang is coffee mixed with corn, soy, and sesame. How did I figure this out? I read the ingredients on the bag. God forbid my Thai friends could be any help.

For preparation you have a few choices. In Thailand they use a tall skinny pot and a coffee sock in which to brew the coffee. For an early attempt I used a coffee sock and a teapot. Subsequent attempts have involved a french press and a Turkish coffee maker. The latter works best as you want the coffee to steep with continued heat to produce a hot, dark, and rich brew that turns to sweet gold when mixed with sweetened condensed milk.

My advice to you is this: skip this beverage at your local restaurants. The money you save will allow you to invite all your little friends over and treat them to a drink or three. They will love you. If they don't, never have them back.
Posted by a at 9:30 AM

Thanks for the post. I will look for the oliang...my understanding is that the beans used, at least in vietnamese and I bet the Thai coffee too, are roasted in butter. If you smell fresh beans from vietnam you can smell the difference. it's amazing.

yeah, i know exactly what you mean. Although it's the taste I won't forget.

Thais generally don't do the butter thing like Vietnamese or Malaysians.

Thank you so much! I went to Thai land a year ago and had this amazing coffee stuff, but when I asked my step mom what is was, she said Thai coffee. Ok... But what is it? Just coffee with condensed milk, she said. No help whatsoever! I was fairly sure that if I went back home and put.condensed milk in my coffee it.would not look or taste the same. I was right. So thank u again. I am going get some of this asap!

And yes, both coffees use sweet condense milk. Don't buy the cheap generic type though, buy the Carnation one as its must better.

Maybe I got the wrong brand of oliang, but I couldn't get the flavor to be like the coffee I got at a restaurant. I tried it with and without cardamom, which a lot of recipes mention as essential.