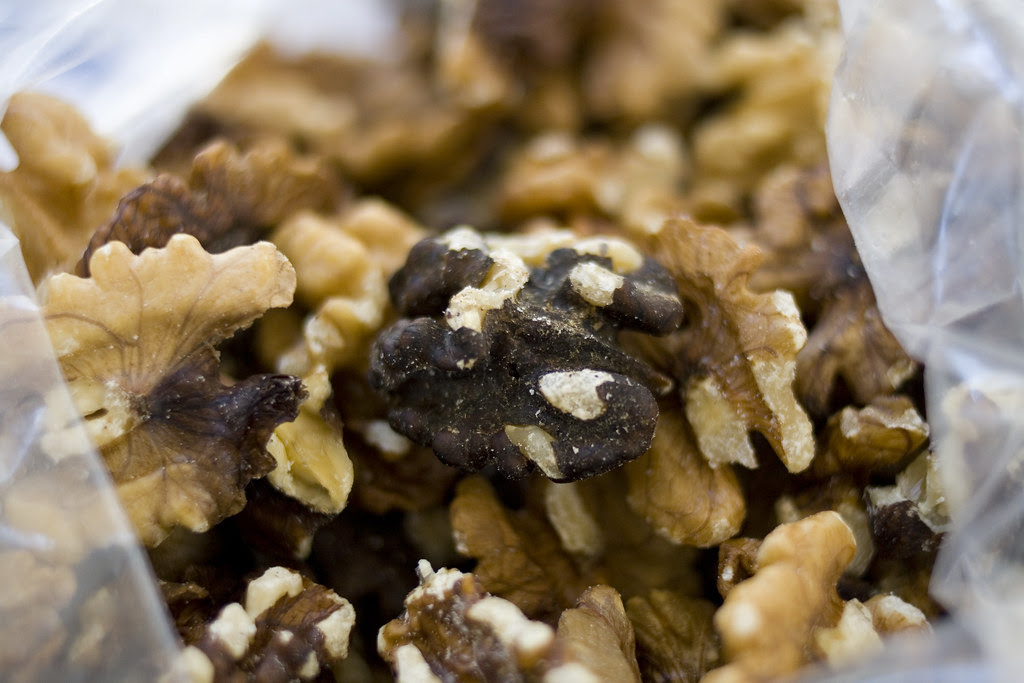 Every Friday at the Old Oakland Farmers Market, Harry and Jane Dewey set up a stand and sell their walnuts, almonds and pistachios. When in need, I drop by for a bag of nuts and a little conversation. People like the Deweys are an excellent reason to visit your local farmers market.

The other day while perusing the weekly selection, I was introduced to black walnuts. Black walnuts, Mr Dewey told me, are not black because of any genetic difference to their lighter colored brethren (This has caused me some confusion as there is a species of walnut known as Black walnuts) or imperfection, but rather, these walnuts are the ones grown on the hotter and sunnier side of the tree. They turn a rather alarming color, are hand separated and relegated to the discount bin.

They looked identical to the other walnuts on offer, save for the darker color. There was maybe a hint of increased bitterness, but the difference was really quite negligible. At three-fifty a pound instead of seven, it was a no brainer. I bought a pound.

As I made my purchase Mr Dewey added that times are "gonna get tough" to which I quickly agreed. To sum up: Tough times mean equally delicious yet less aesthetically pleasing food. There's certainly room for things to get much, much worse.
Posted by a at 9:06 PM

Boots in the Oven said...

Cool - black walnuts are new to me! There's definitely room for the American diet to expand to things that aren't the prettiest and fanciest. I'm hoping to see more off cuts and odd vegetables on menus around here!