Here's to the Pink White and Brown

Another year has gone by for America, and as usual, the nation was shell shocked the day after. Shell shocked from the copious consumption of cheap formerly American made beers, and confused by the unremembered fireworks displays. This time, substance abuse was not the culprit. The coffers have been mighty empty of late, so the good citizens of anywheresville had to resort to no fireworks at all, or illegal items labelled and shipped as "dog food" from the American south. Thanks Louisiana!

As per my usual interests, the 4th provides some real crap eating opportunities. And I say crap lovingly, but that is what it is. Beers, dogs, burgers, black outs and emergency room visits. While I was offered a small American flag, we all know that won't get you into heaven anymore. For the most part people seemed more interested in stuffing their faces than celebrating our precious freedoms. Seeing how things are going for many people these days, let's give em all a break.

The other week someone was asking me about guilty pleasures and I drew a blank. Fast forward to the Fourth of July: 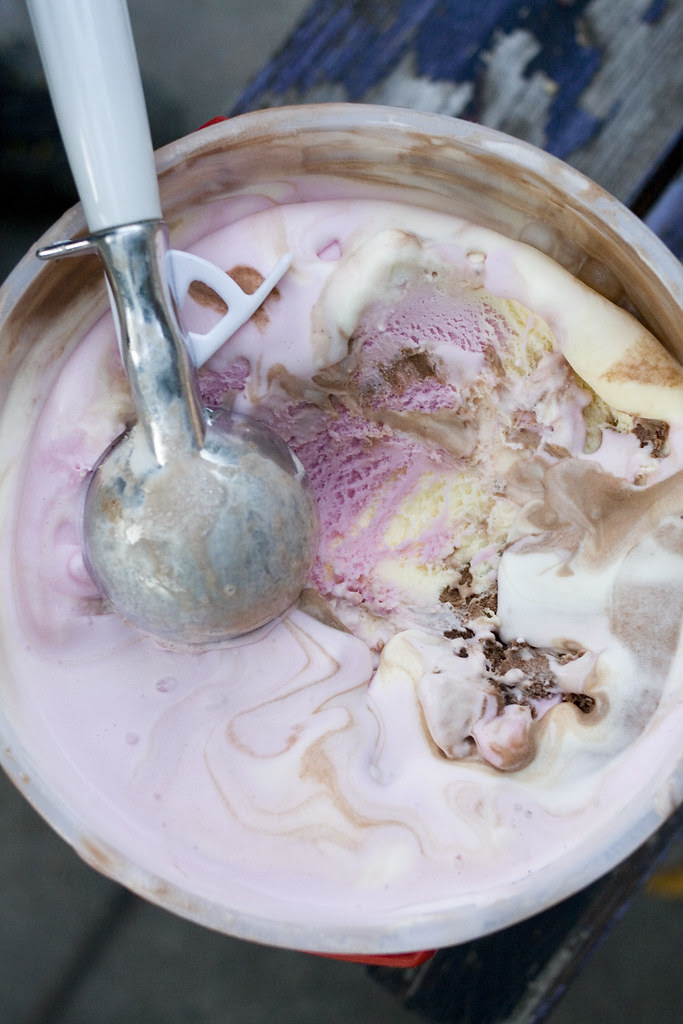 When I set my eyes upon a large tub of very cheap Neapolitan ice cream I knew that I had my answer. It had been years since I last had this trifecta but now I see no reason why not to fill my freezer.

I began serving my friends double scoops. I had two double scoops. We lost ourselves in the brown white and pink delight that is Neapolitan. Why would you ever need any other flavor? You never would silly! 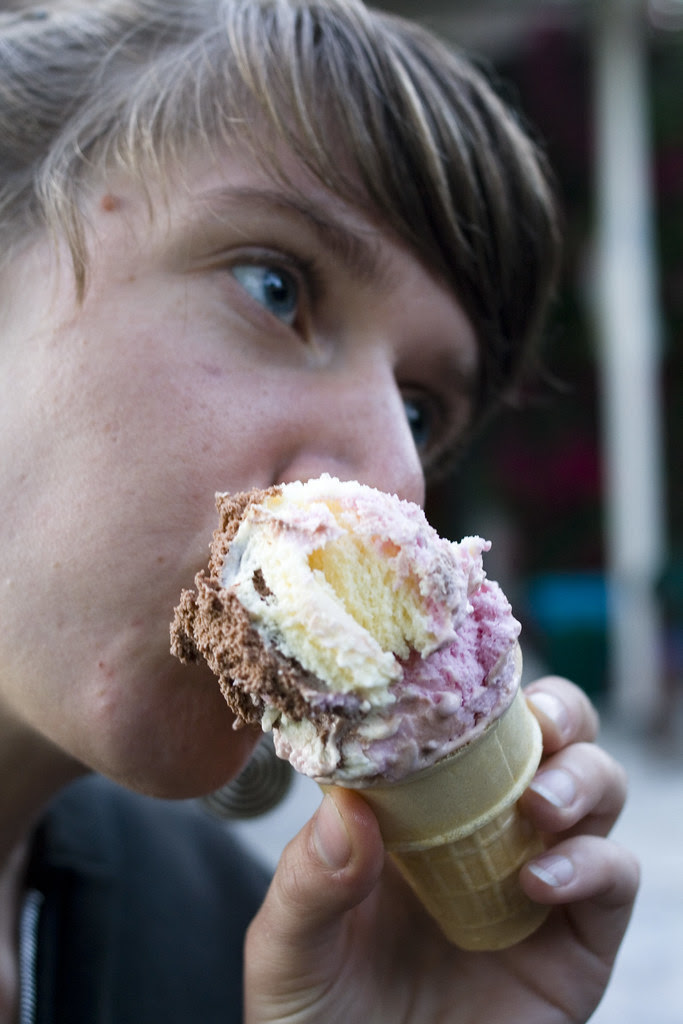 With bulging stomachs we realized far too late that there was more in store and it was a beauty. Delicious fruit was being grilled: 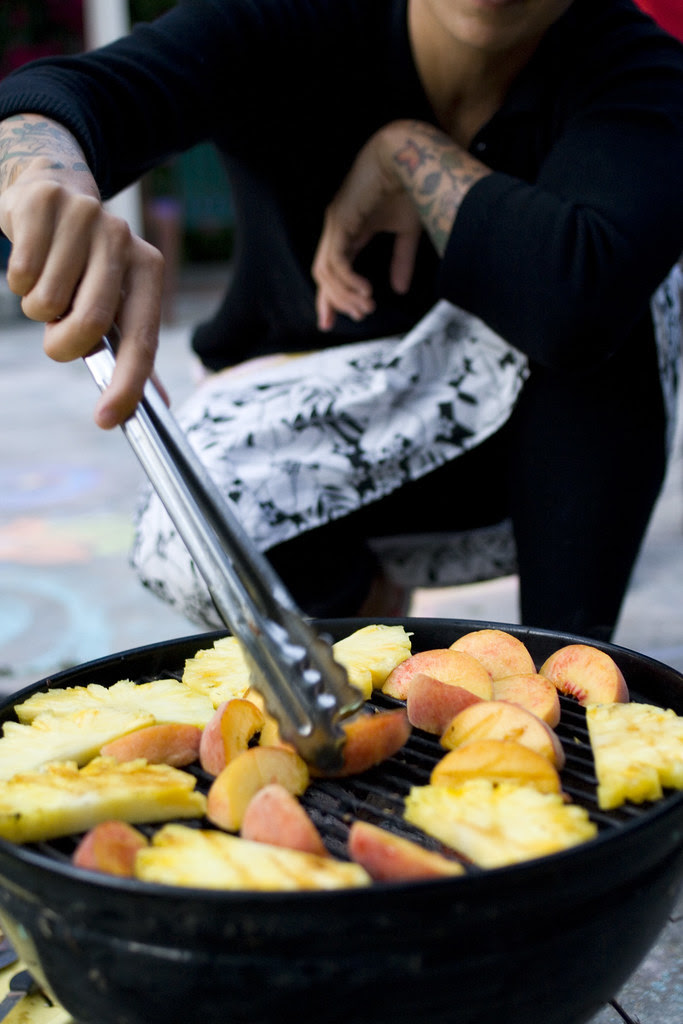 Next angel food cake was added and grilled to perfection. Whatever that means. 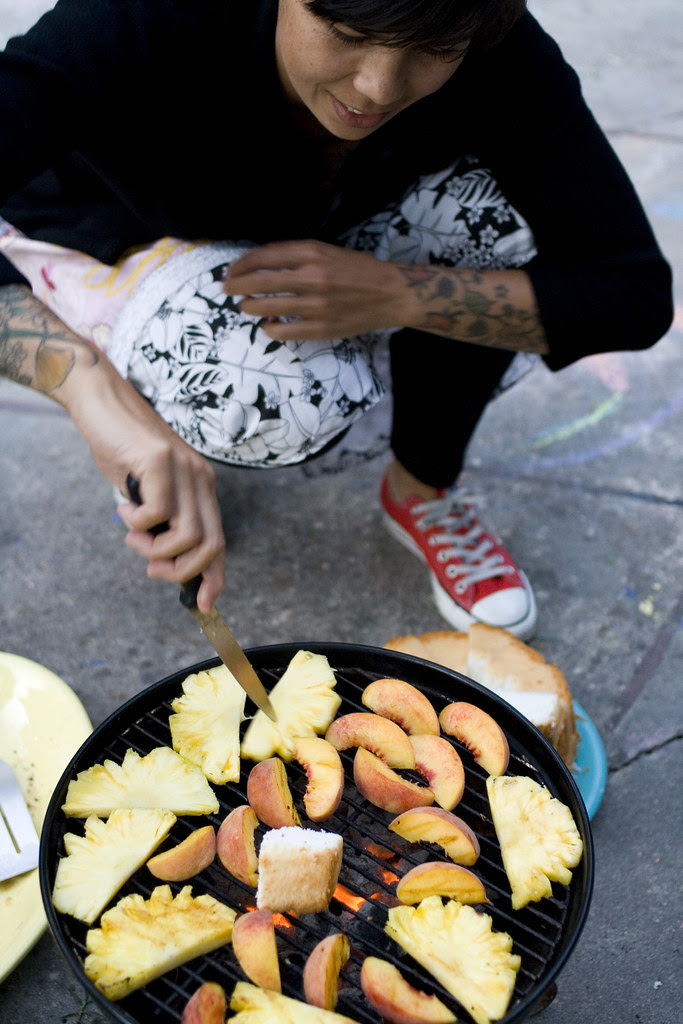 Add a little of the pink, white and brown, and you've got yourself something special indeed. 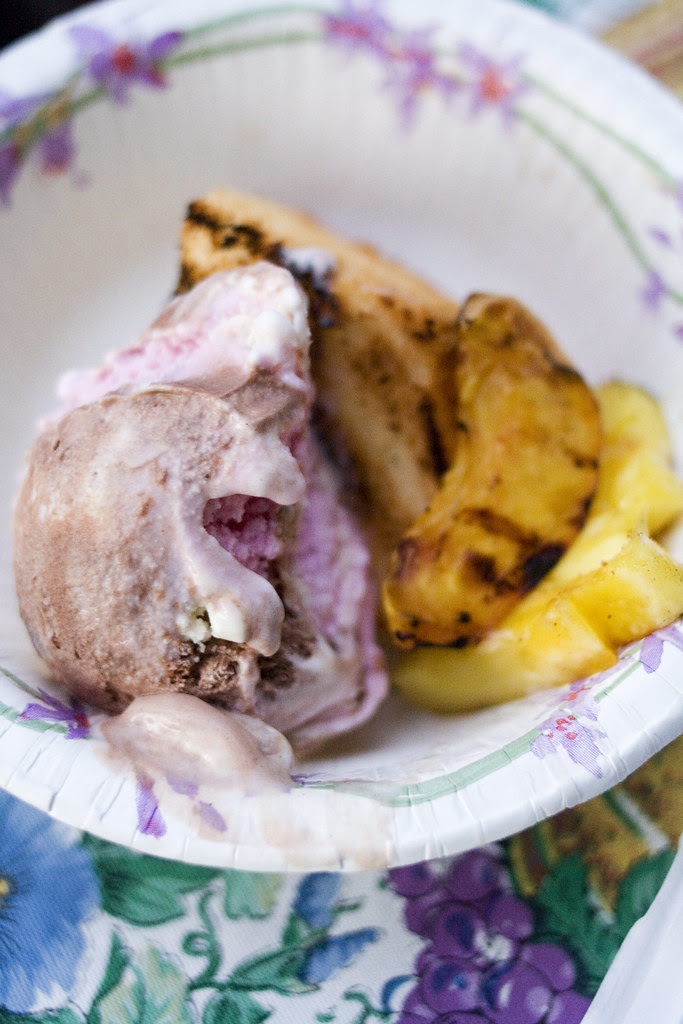