The Rise and Fall of Oakland's Art Murmur 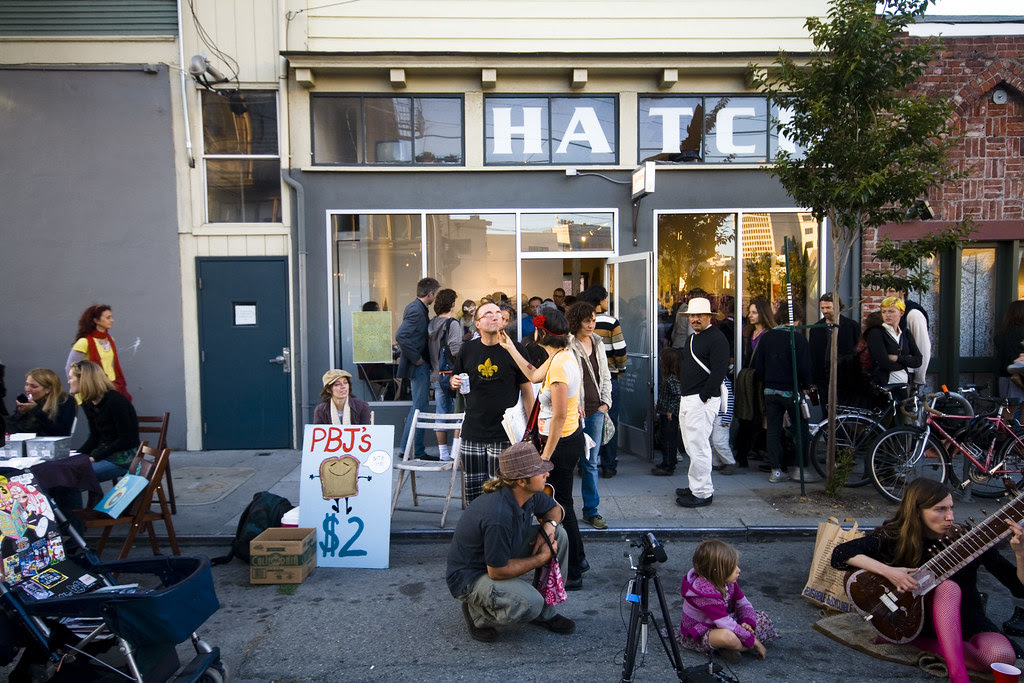 For the last year, my friends and I have greatly looked forward to the once a month Art Murmur in Oakland's Downtown. The first Friday of every month a conglomeration of Art Galleries on or around 22nd and Telegraph open up to show the latest projects from local artists. Best of all, the party spills out onto the street where people sell t-shirts, buttons, patches, snacks, and even the occasional alcoholic beverage. I've been lucky to see the artwork of several friends and acquaintances there, and am always happy to have a look inside the galleries, check out the street scene, and be a part of this vibrant mix of people.

As much as I like the art in the galleries, I've long been intrigued by the informal economy sprouting up on the street. Over the last few months, for whatever reason, the crowds had gotten bigger, and the vendors more plentiful. we marvelled at what a wonderful community event this had become. 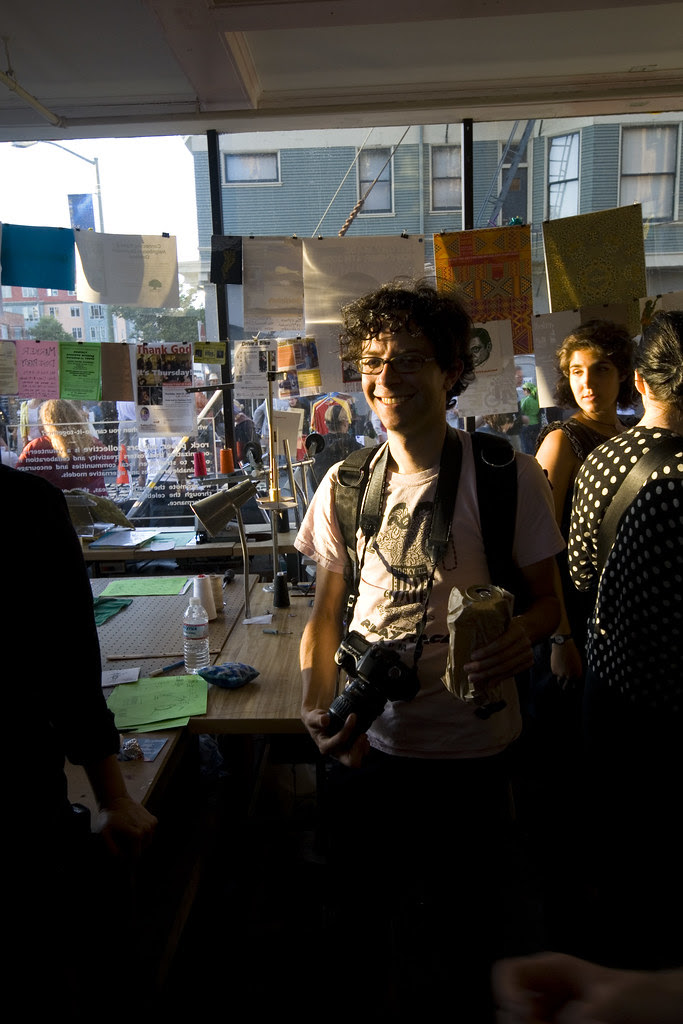 As the summer progressed there arrived vendors of tamales, vegan and vegetarian burritos, hot dogs, peanut butter and jelly sandwiches, pie, cake, cookies, and even a man with a cooler who would sell a shot of whiskey and a beer. Because of expensive and restrictive regulations in America, all of this was technically illegal. And that's were the problem started. 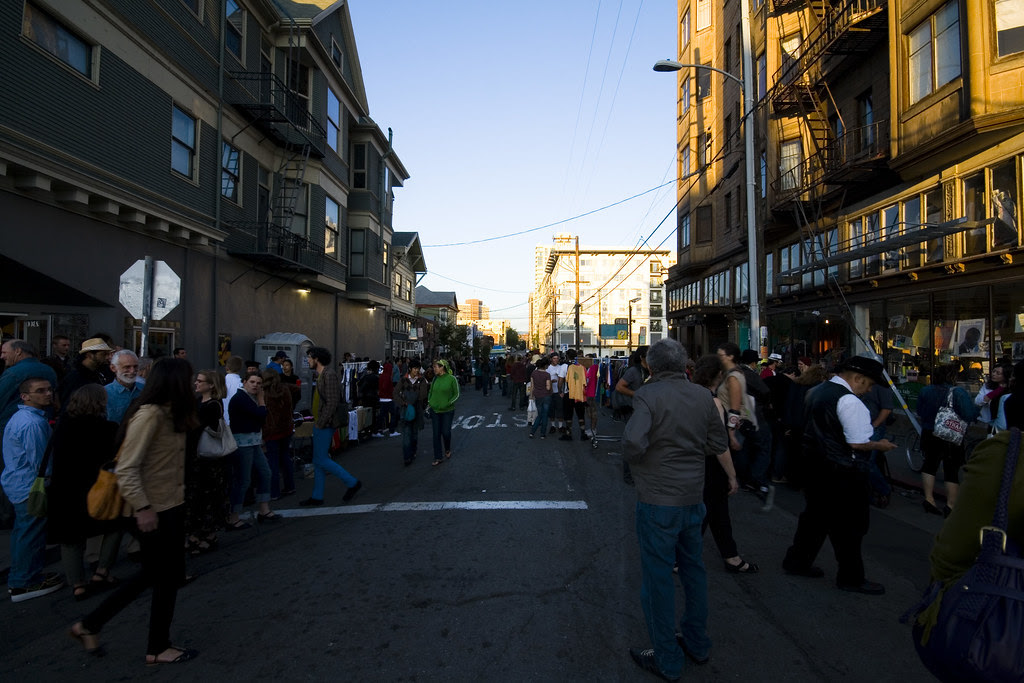 Last month Art Murmur just wasn't what it used to be. The street seemed confined to a smaller area by the presence of traffic cones, many vendors were simply absent, and most troubling, there were hired security goons shouting at people for drinking on the street. My friends and i did a double take at this for isn't Oakland the ideal place to drink on the street? My much looked forward to shot and a beer was nowhere to be found. Sadly we just found the nearest hardware store so we could huff some paint in a bag inside the provided outhouse. 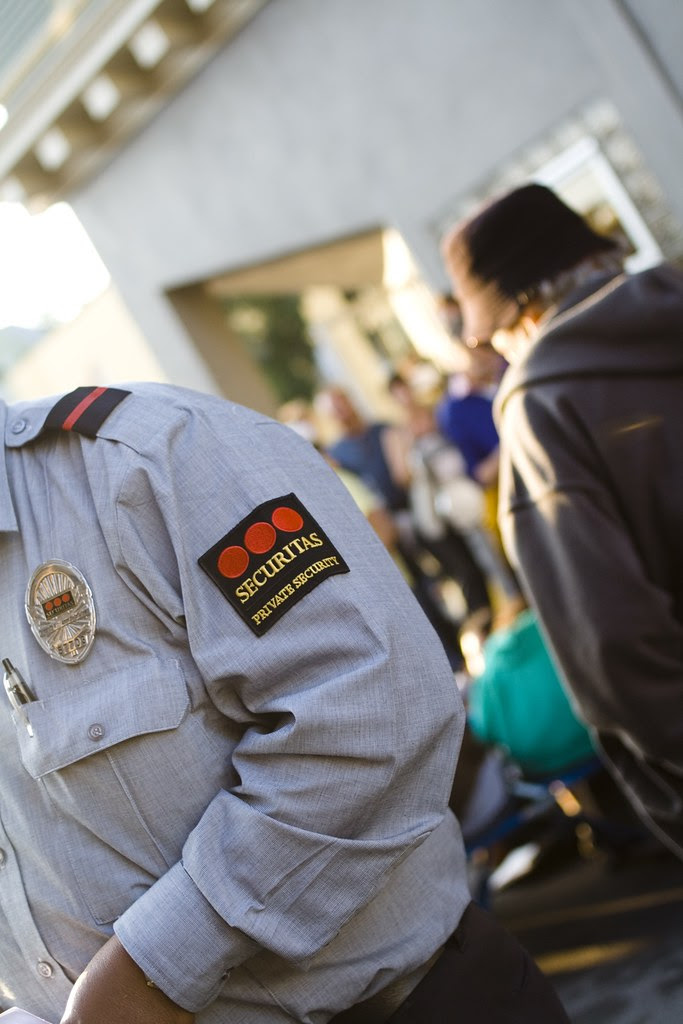 I was forwarded the following mail from Rock Paper Scissors just the other day:

As you might have noticed this past First Friday, we've had to make some changes to the street fair we host monthly to accompany Art Murmur in efforts to make this event a continued safe and enjoyable success for everyone.

• We will need to know if you're coming in advance and ask that all people interested in vending their handmade wares or performing email 23rdstreetartwalk (at) gmail.com from now on to participate. If you have not, and have not received the a-okay from the event coordinator, then unfortunately you won't be allowed to set up--so please do!

• We need to make sure we are all up to code. Unfortunately, this means we can't have people selling any food products on the street since our permit does not allow it. This event, and the number of food vendors who started showing up each month, has gotten too large to pass off as a bakesale. Sorry to all the vendors who came out last month and got turned away without earlier notice! By emailing us to sign up we hope to prevent any short notice surprises in the future.

• We really can't just drink in the streets (surprising, we know!) and we're going to have to be a pain in the butt about it again...

So there you have it. It's not dead but we just might see this event be regulated toward blandness and that would be a bad thing. What so intrigued me about this event is how it was a thriving organic event showing us an interesting side of Oakland culture which is being snuffed out by way of unnecessarily restrictive regulations. The demand is certainly there, but the rules simply don't allow for it. Come next First Friday, I imagine that some people will do something else somewhere else, and that's a real shame.
Posted by a at 4:06 PM 9 comments: 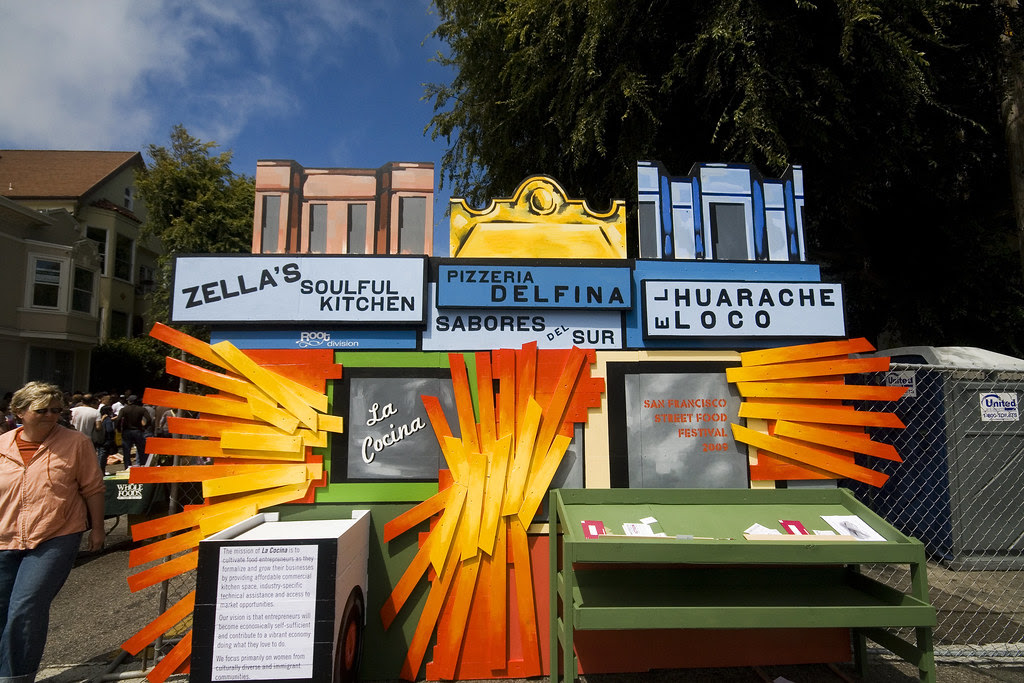 Ventured to the San Francisco Street Food Festival this fine weekend. The street festival was a great opportunity to draw attention to the sorry state of street food in the city of San Francisco as the city lags behind many other American cities due to some complicated and expensive licensing laws.

We arrived at the cordoned off block and it was mobbed. If attendance was any indication, San Francisco people are very excited about the prospects of street food. Unfortunately, the massive crowds made the prospects of eating slim indeed. 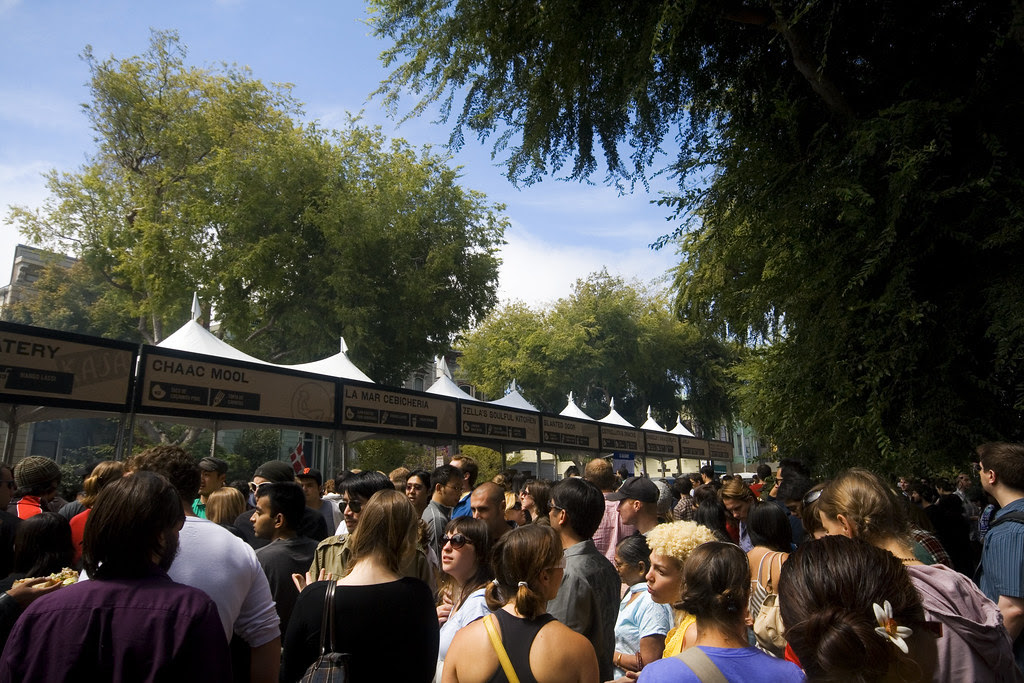 For us, the problem wasn't just the crowd, but how contrived it all seemed. Fancy cocktails and creme brulee was being served to diners who usually pass the unlicensed vendors in the mission without a second thought. While some vendors were selling legally for their very first time, others were not so lucky.

From my rather cynical perspective, it did seem like a high concentration of upmarket establishments had plopped down for a day only to move back inside the day after and bask in the PR. Would the first time vendors be legal thereafter or left out in the cold? 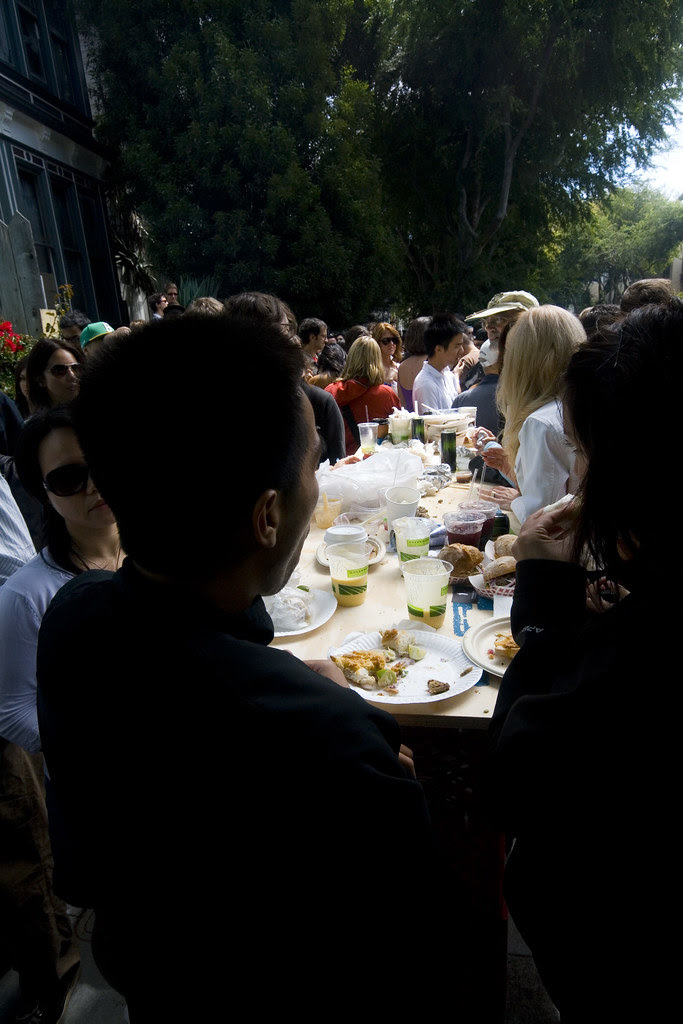 On our way home we passed a familiar (and illegal) churro vendor. Several paleta vendors were milling about nearby. Business was slow. Nobody had invited them to the party.
Posted by a at 10:04 PM No comments:

You know the drill: sorry for my absence, lots to say, a bit too incoherent for a blog post at this time. However there's other stuff that I gotta get to. Most excitingly, we've moved. Well, nothing too dramatic, but it's a pretty good change. Now I live in a house full of people with chickens in the backyard.

I'm sure there's a great post somewhere about the merits of keeping chickens in your yard, but I don't think this is it. For a large house of seven, there are only three hens. While it won't feed us impressive amounts of eggs, it is a nice treat when they do lay. And trust me, once you've eaten good quality pastured eggs, there's no comparison. 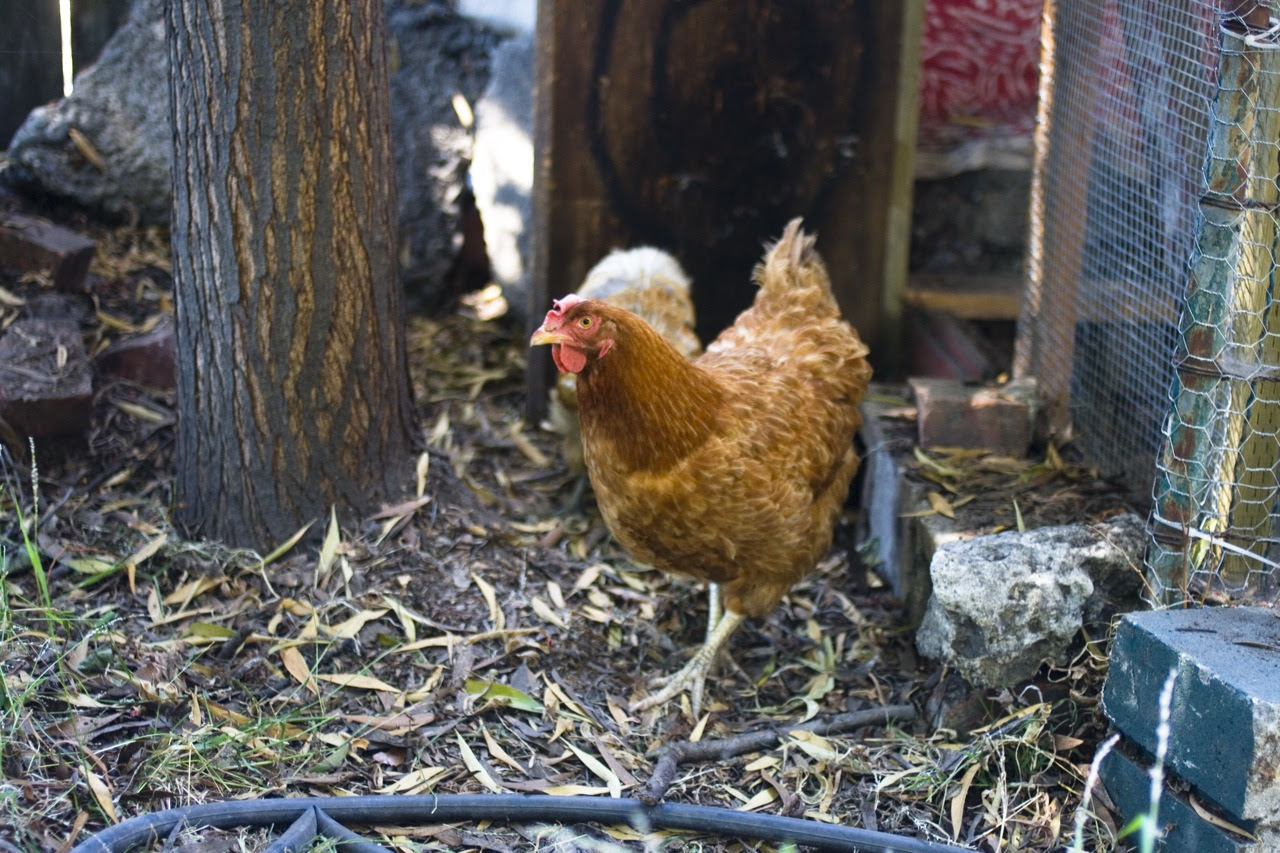 She wears the pants in this trifecta. She pecks the best food, and gets the best scraps of compost we feed them. She'll eat from my hand if she likes what I've got. 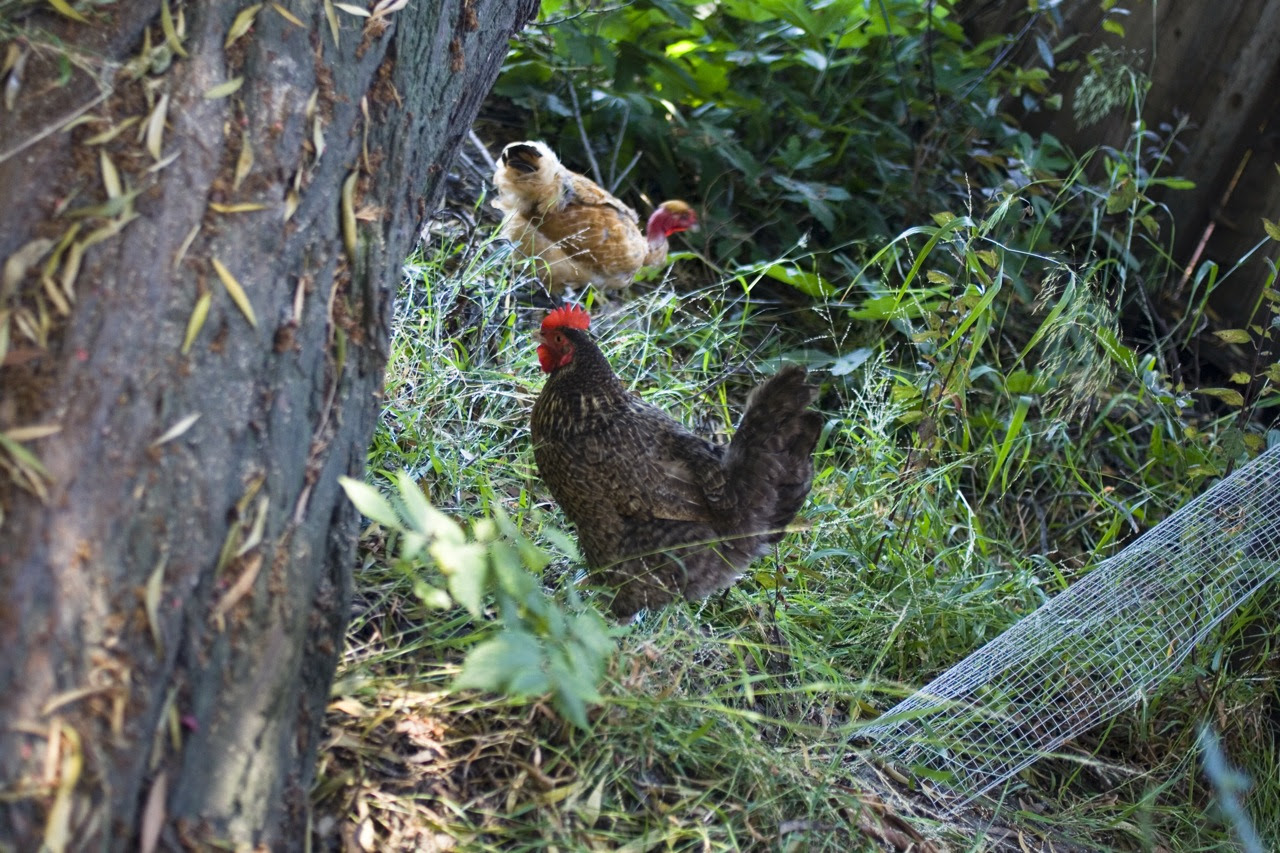 Pepper is a stubborn bird. After spending a little time with her, I imagine having a barbecue. 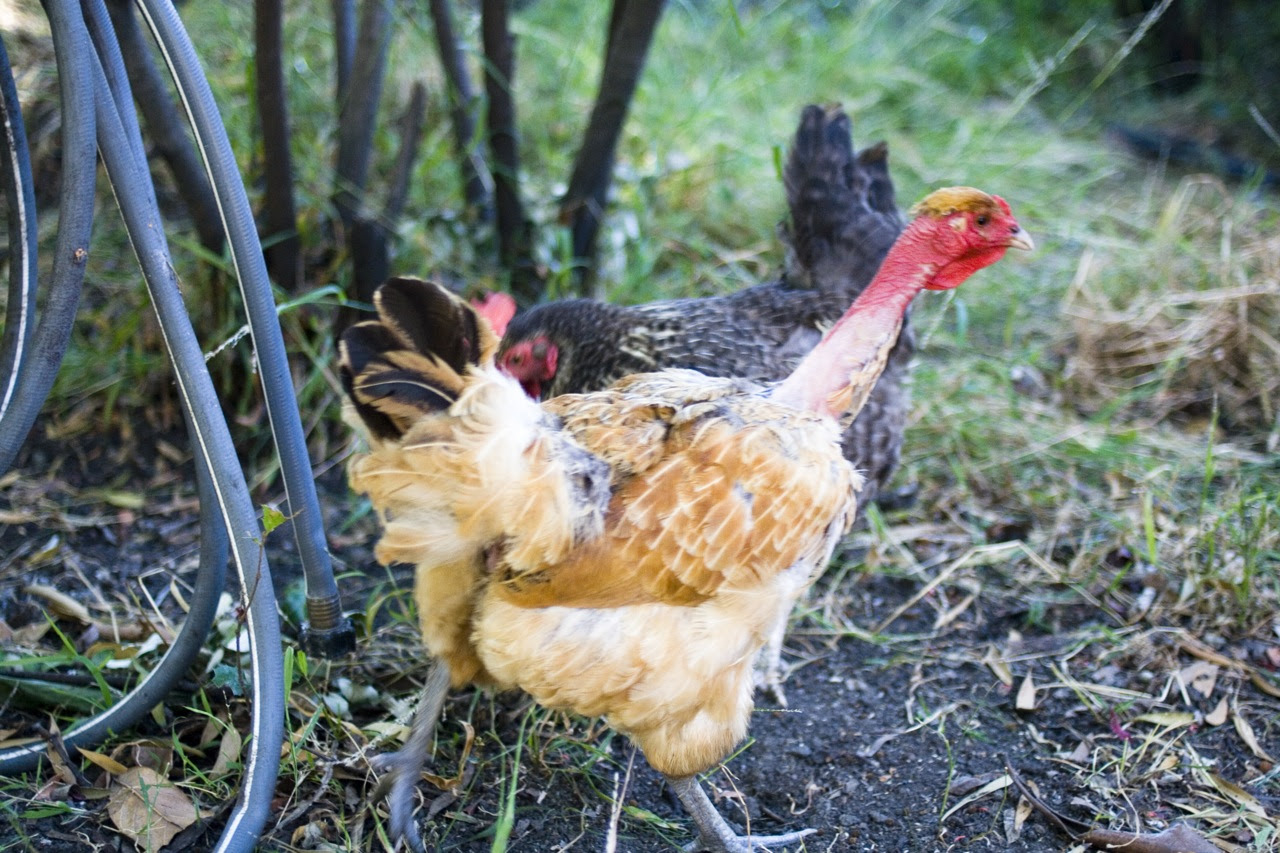 Naked Neck is a Turken. Turkens are not in fact a cross between a turkey and a chicken as the name suggests, but it's nice to pretend. Naked Neck is probably our best layer. She's been laying daily.

On a normal day we'll get two eggs, which just isn't enough. There's talk of getting three more hens, although we are technically only allowed to have three in city limits.

I was lucky enough to photograph the very first egg pulled from the hen house some weeks ago. 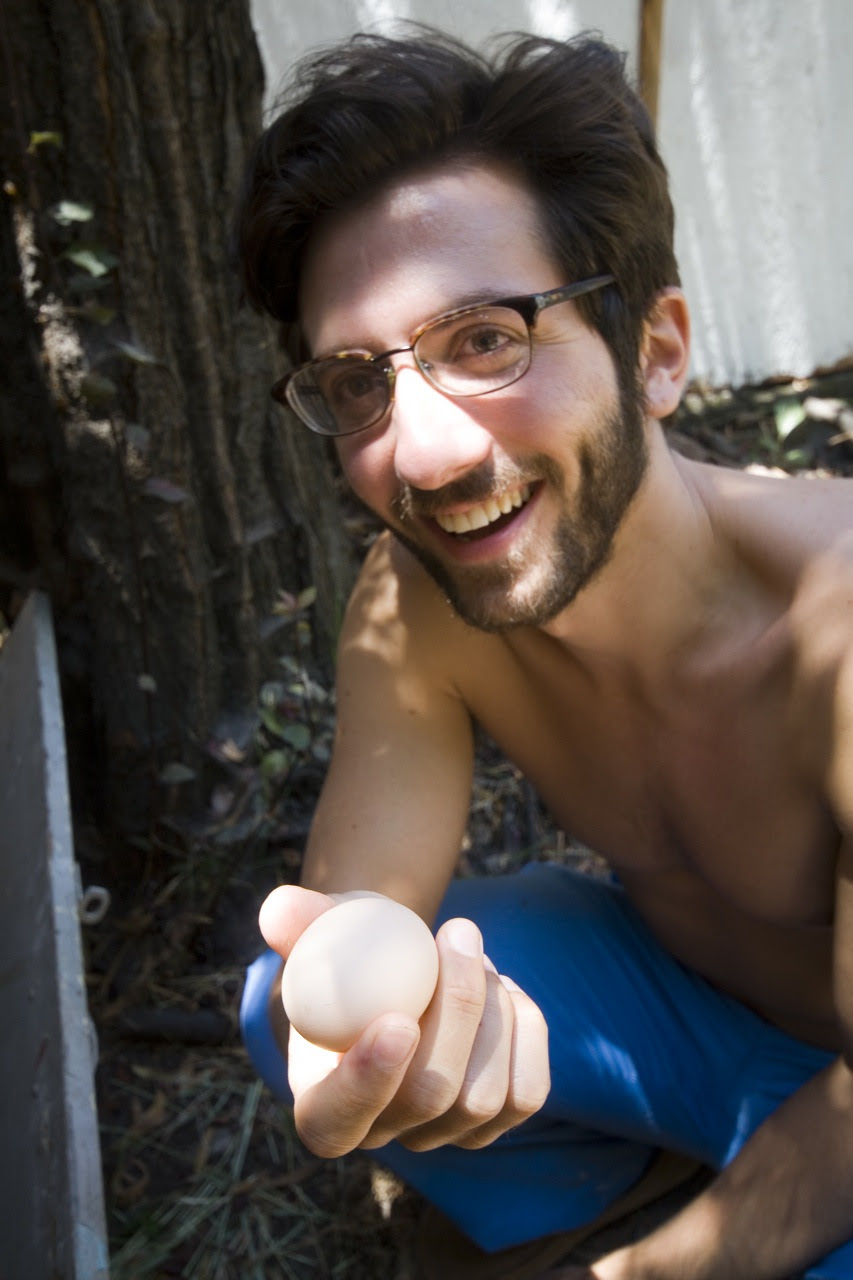 I like living with these birds and the results are wonderful. While the greenish, reddish, and brown eggs are certainly wonderful to look at post lay, 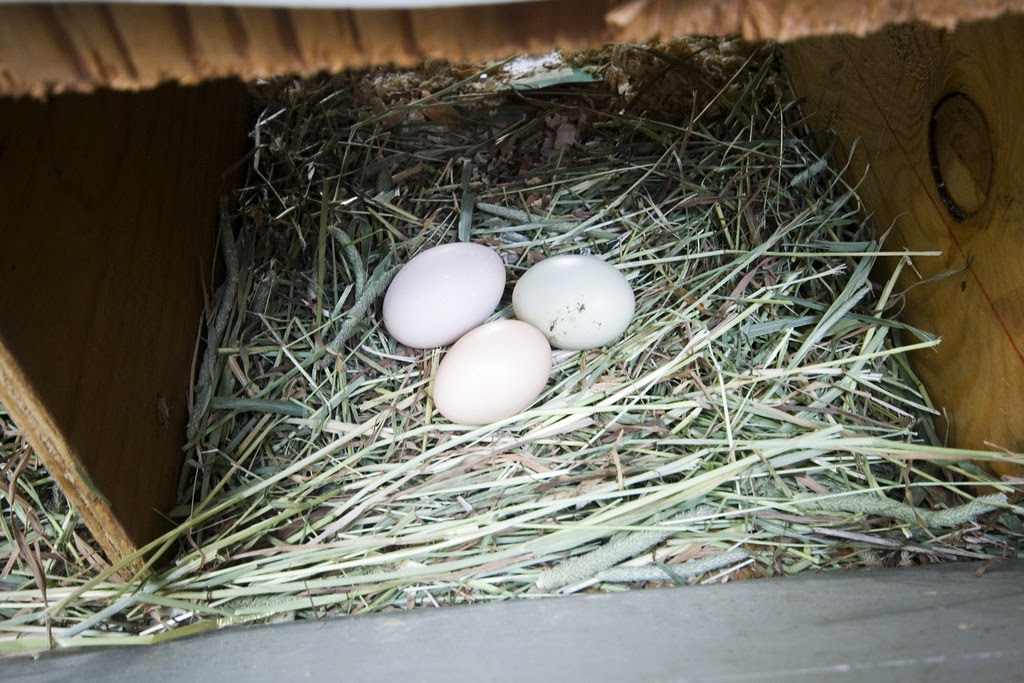 they are even better 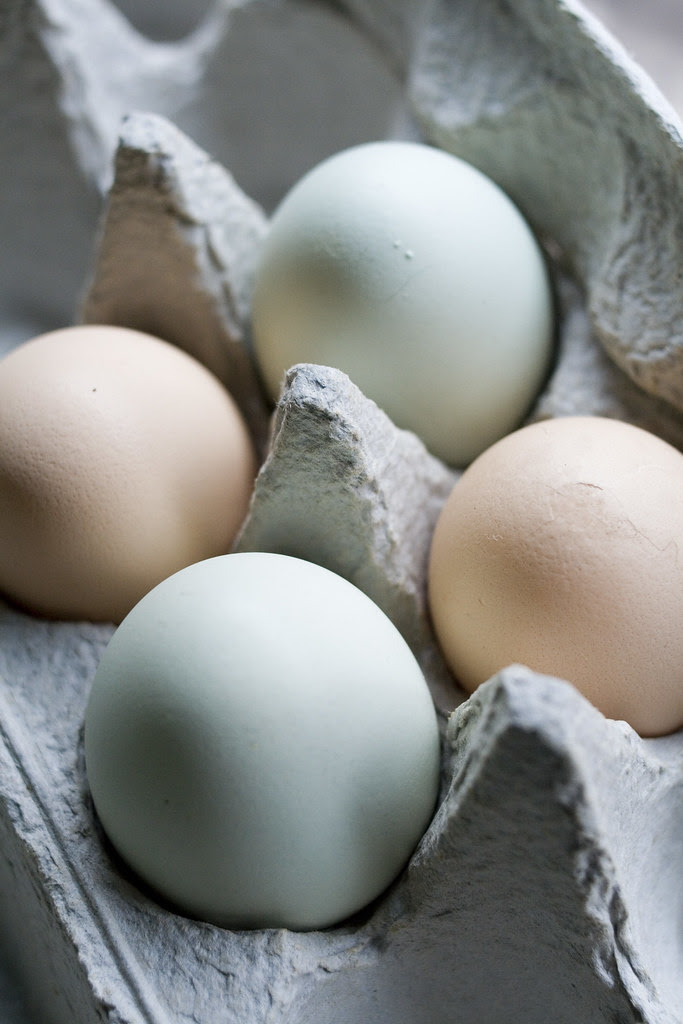 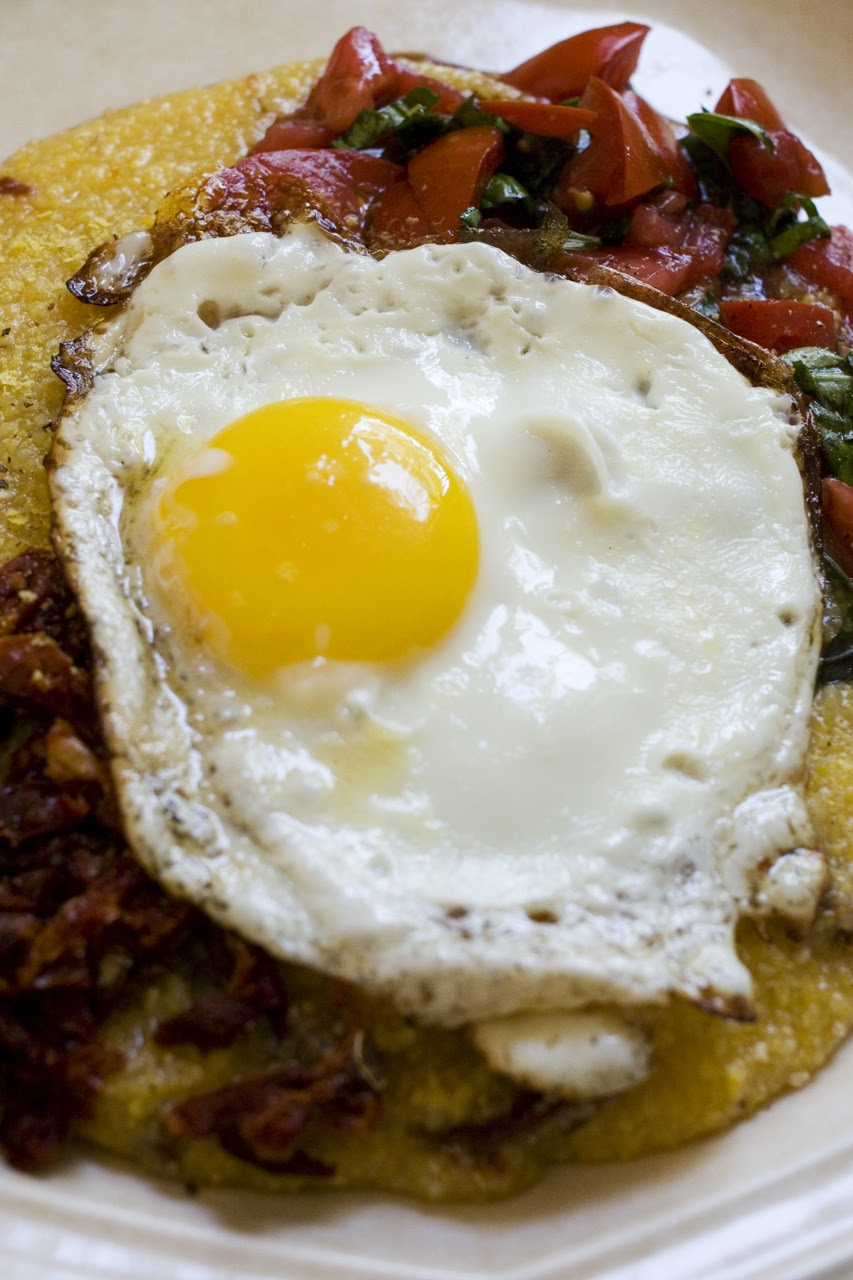