Oakland is a fantastic place for a bowl of Pho. Or so I've heard. You see, while East Oakland has some reportedly great pho joints due to the large and growing Vietnamese population, there's a lot of other distractions over there in the form of tacos, Lao food, and dystopia. But this doesn't stop me from eating it elsewhere. 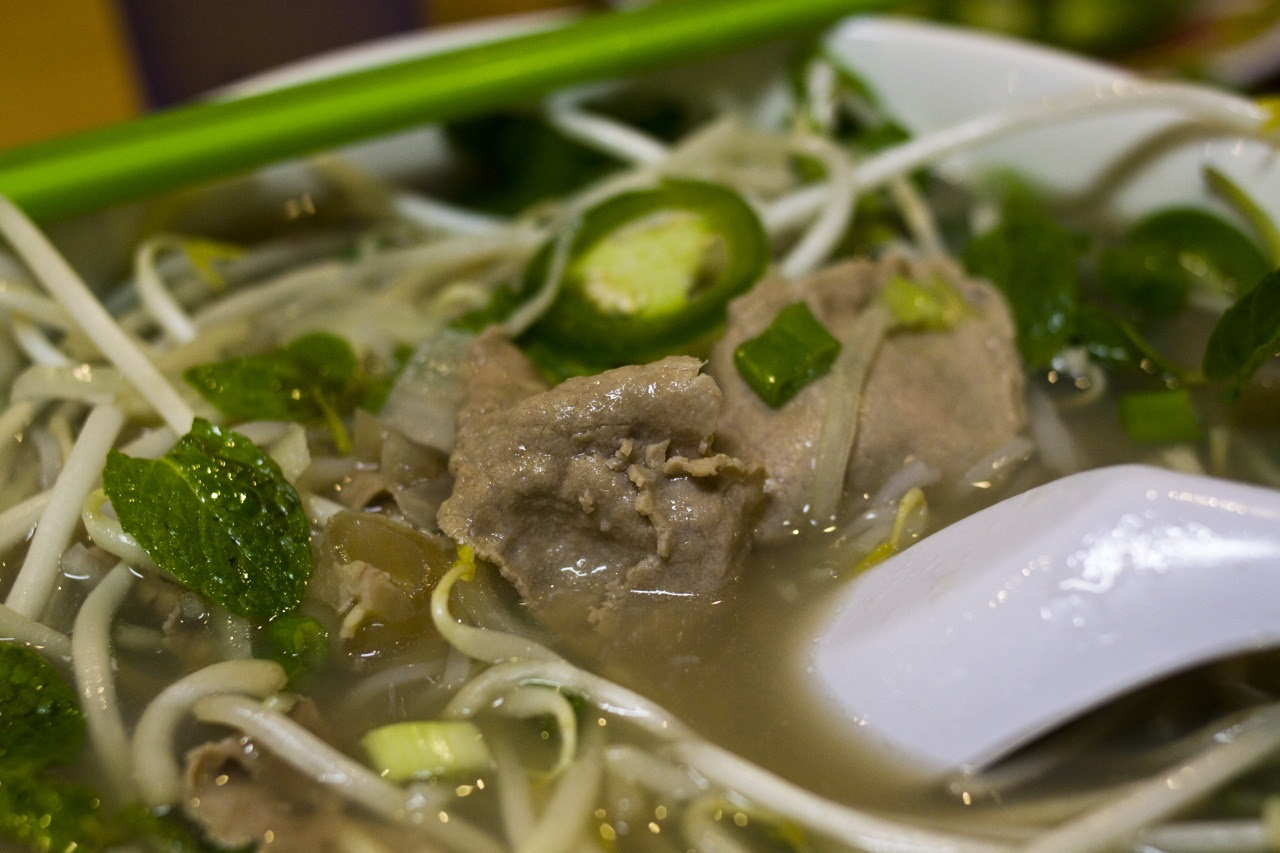 As much as a worthwhile outing just might consist of looking for the best this or that in some far flung part of town, sometimes you just eat what there is where you are. That's the pleasure of eating Pho in Vietnam, or the specialty of any given town or country. In America, this concept is turned on it's head and what is close by is often a crap shoot.

Kangnam Pho, named after an affluent district of Seoul, South Korea, is a Korean owned Pho joint. My Korean dining partner tells that Kangnam Pho House is owned by a Korean-Vietnamese couple. She also tells me that the pho here is perfect for Korean people, whatever the hell that means. I did a litle reading online and learned that this spot was once just a simple Korean Restaurant, but the owners wanted a change, as in a successful business. The menu changed to primarily Vietnamese food, with a sprinkling of Korean items. The menu might have changed, but the clientele still seems to be heavily Korean.

While this is first and foremost a Vietnamese restaurant, there is one particularly interesting touch: Kimchi comes with your greens, and as a kimchi lover, this is not an unpleasant surprise. 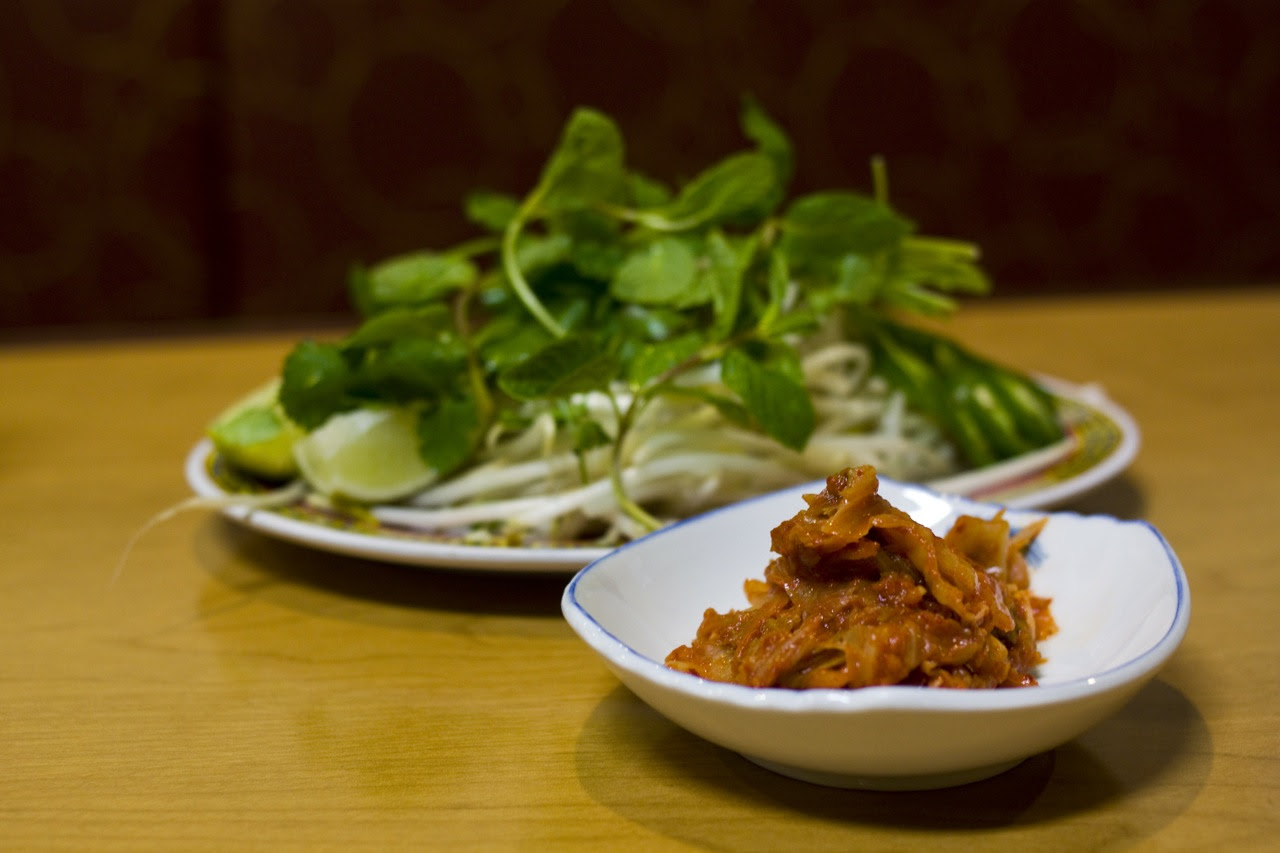 Since this establishment caters to Pho loving Koreans, there is also soju on offer. My companion and I shared our disappointments and broken dreams over a bottle. A huge bowl of pho, and a shot or two of soju and the outside world all seemed like a distant dream.

Whenever anyone visits me here in Oakland, I try to fulfill their tourist dreams of the bay area. That is to say we go to San Francisco.

One of my favorite places to take people is to Toronado, which is one of the finest beer bars in America. To make a great thing even better, a great sausage establishment resides next door and the neighbors have a great relationship. You are more than welcome to order yourself a dog and bring it into the bar as there's almost nothing that goes better with beer than a delicious gourmet sausage. 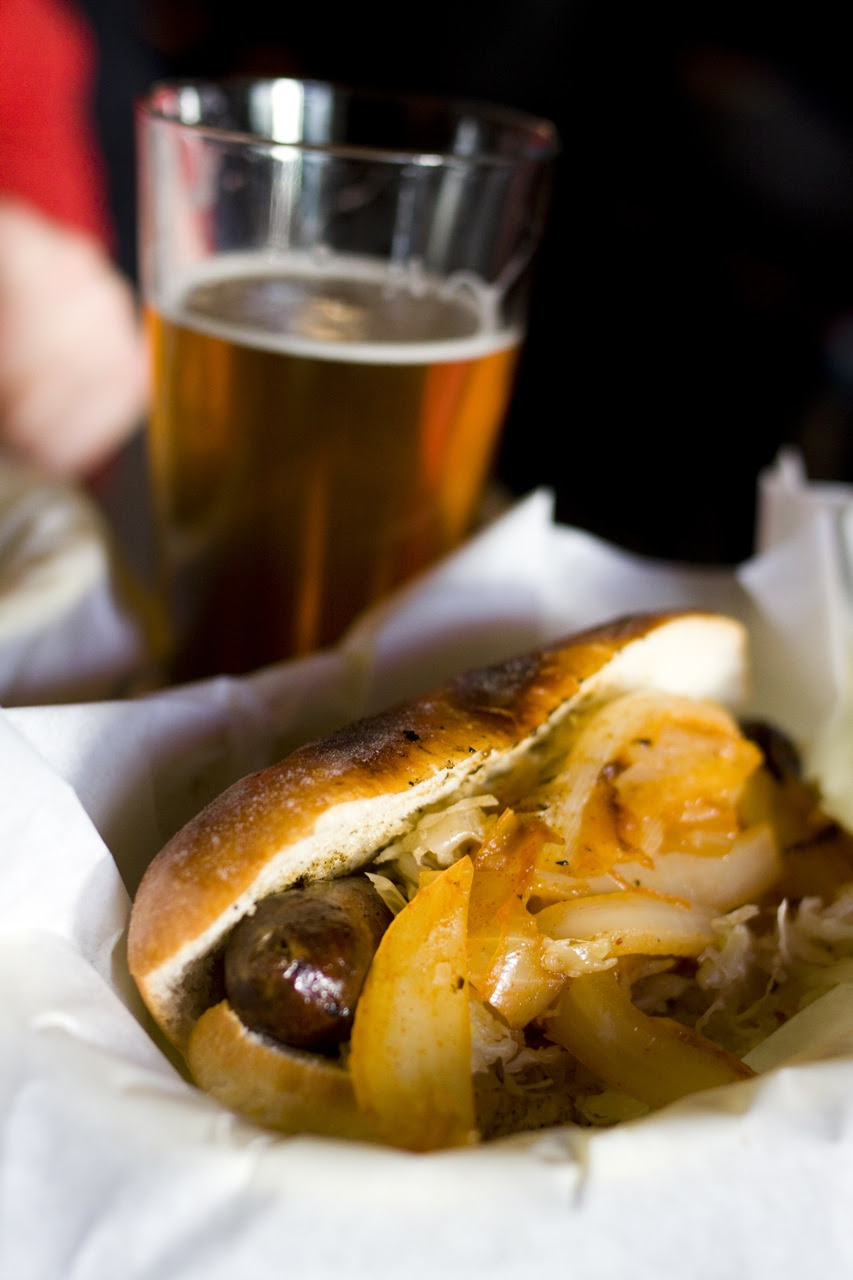 Each and every time I visit Toronado I grab myself a pint of Pliny the Elder. Produced by the excellent Russian River Brewing, Pliny the Elder is one of my very favorite beers. This is just about the perfect IPA, yet not particularly easy to find on tap. A Pint of Pliny and a sausage is one of my very favorite culinary outings in the whole of San Francisco. Come visit me.

Cafe Sidamo and the Changing Neighborhood 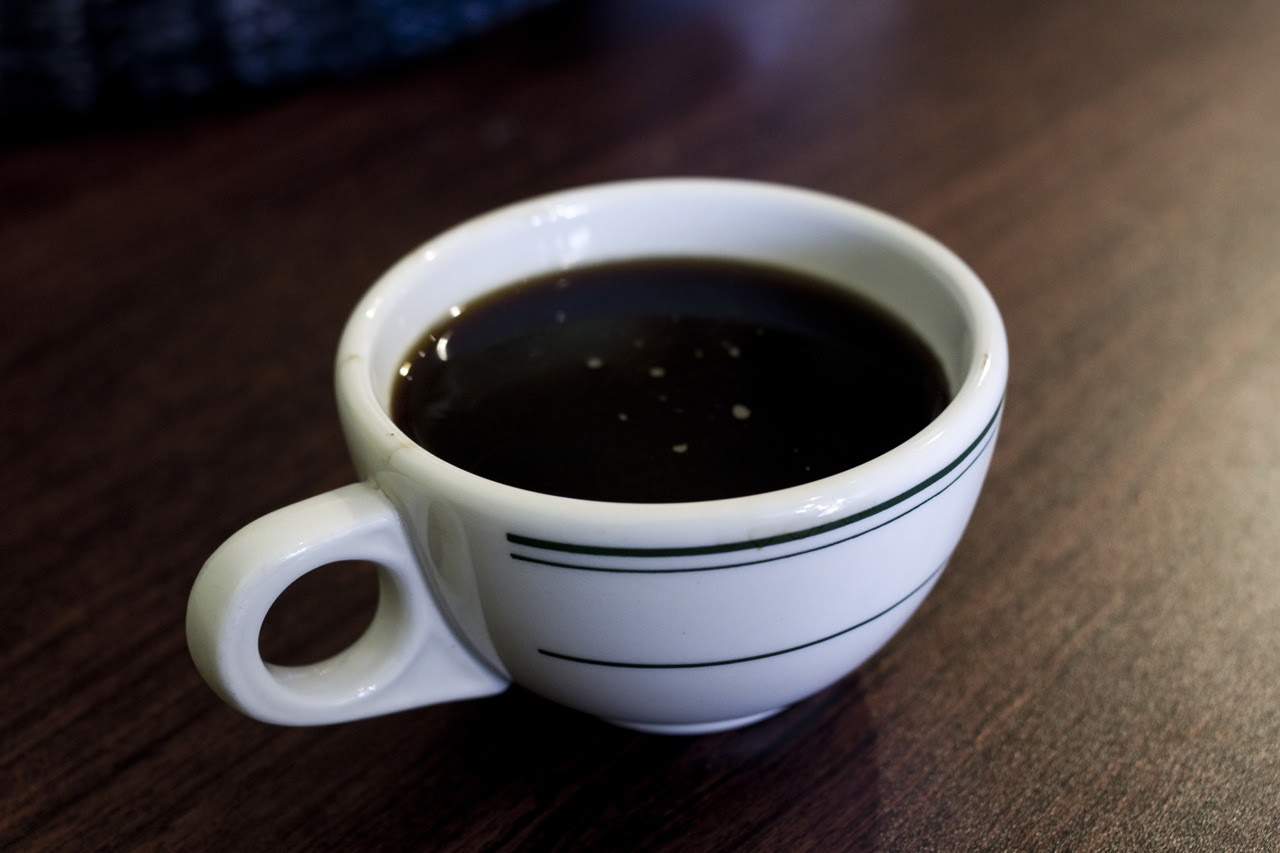 I took my coffee at cafe Sidamo this morning. It's my local Ethiopian coffee shop. As you might know, I normally roast my own and stay at home, but I love to support this local immigrant owned cafe. Plus, the owner hand roasts all the coffee, and she's just about the nicest person I've ever met. Lately I've been on a honey ginger coffee kick. It's nothing fancy: just a strong cup of had roasted Ethiopian coffee, with the addition of honey and ginger. It's not my idea of an everyday cup, but it provides a nice sweet and spicy alternative.

The other week, upon arriving and making my order, a young black woman asked me where I was from and if I lived in the neighborhood. She was very interested as she was born and raised in Oakland and was only back from Brooklyn for a visit. We had a brief, but enlightening conversation about Oakland. In her words, not mine, this place used to be "ho row". A place I wouldn't have wanted to be about five years ago. It's not currently the best neighborhood, but I feel like I've seen a change in the last year or so. This doesn't mean I don't hear gunshots, see drug deals, or see strange vehicles parked in front of my house at odd hours. The woman agreed that while there's still a ways to go, it is changing in both good and devastating ways. I decided to just lay it out there and say what we were both thinking. I said something stupid about doing my part in the gentrification (nervous laughter).

The night before at the liquor store a woman was buying a tall can of 211. If you're not familiar, it's one of the more wretched malt liquors running at about eight percent alcohol and being rather cheap in terms of bang fer yer buck. As she was making her purchase she tried to sell us a bicycle light for two dollars. She didn't have the bicycle. When we said no thank-you she asked for a quarter. On the way out a man offered us a "brand new in the box" set of wireless headphones. We didn't want them and not because they looked far from new even in the weathered box.

A couple nights later as I was taking my friend to the BART we were accosted by a couple who wanted a dollar. Actually, the young man got very close to me and yelled, "Give me a dollar!!" I had left my wallet at home, and my friend had his Bart card to get him to his destination with no cash on hand. Upon telling them that we didn't have a dollar, it got kind of ugly. It wasn't violent, but it was rather confrontational. The guy wouldn't leave me alone and yelling bullshit when I was showed him that I had no wallet, and thus no money. Then he told me "No wonder you motherfuckers all get robbed." It was pretty obvious who us motherfuckers were. When he realized that I wasn't lying, he tried to explain to me that I wasn't in his predicament, that I couldn't possibly understand, and that I should just go home and put my feet up.

I don't like to be bullied and it is disconcerting to not feel safe a block from my house. I'm not going to excuse this, but it makes some sense that I might be a target. Let's just get this out of the way: I'm white. This is a predominantly black neighborhood and things are changing. In Oakland, the birthplace of the Black Panther Party, there is still a lot of racial tension. My presence in a formerly no go neighborhood might be troubling to some. Displacement of communities of color is a huge problem here and elsewhere in America, so it is understandable that my very presence might be looked as a bad sign of things to come. 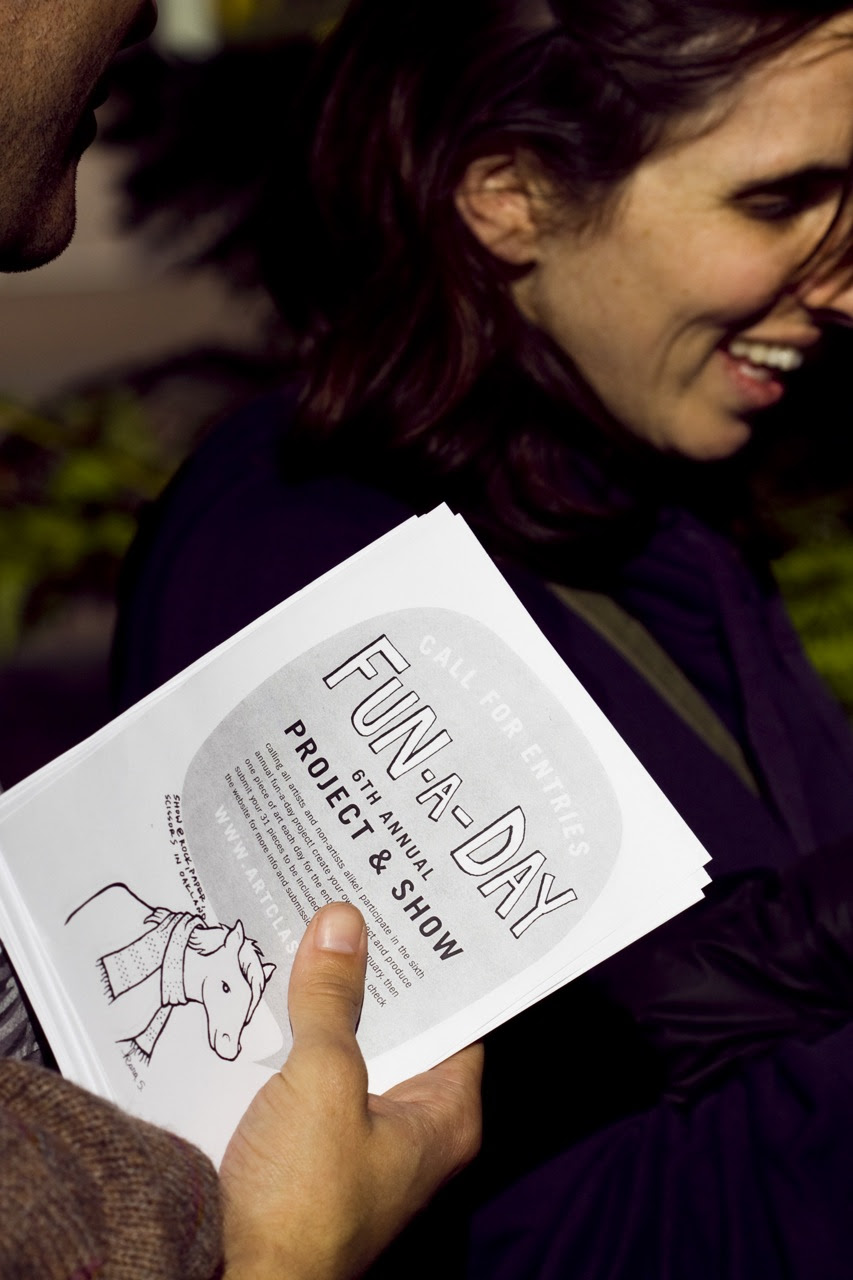 It's that time of year again. This Friday at Rock Paper Scissors in Oakland is the 2nd annual Fun-A-Day show. I'll be there with some pieces. The show corresponds with Art Murmur, so there's lots to see and do. Won't you join me?

For Further Reading, check out the East Bay Express. 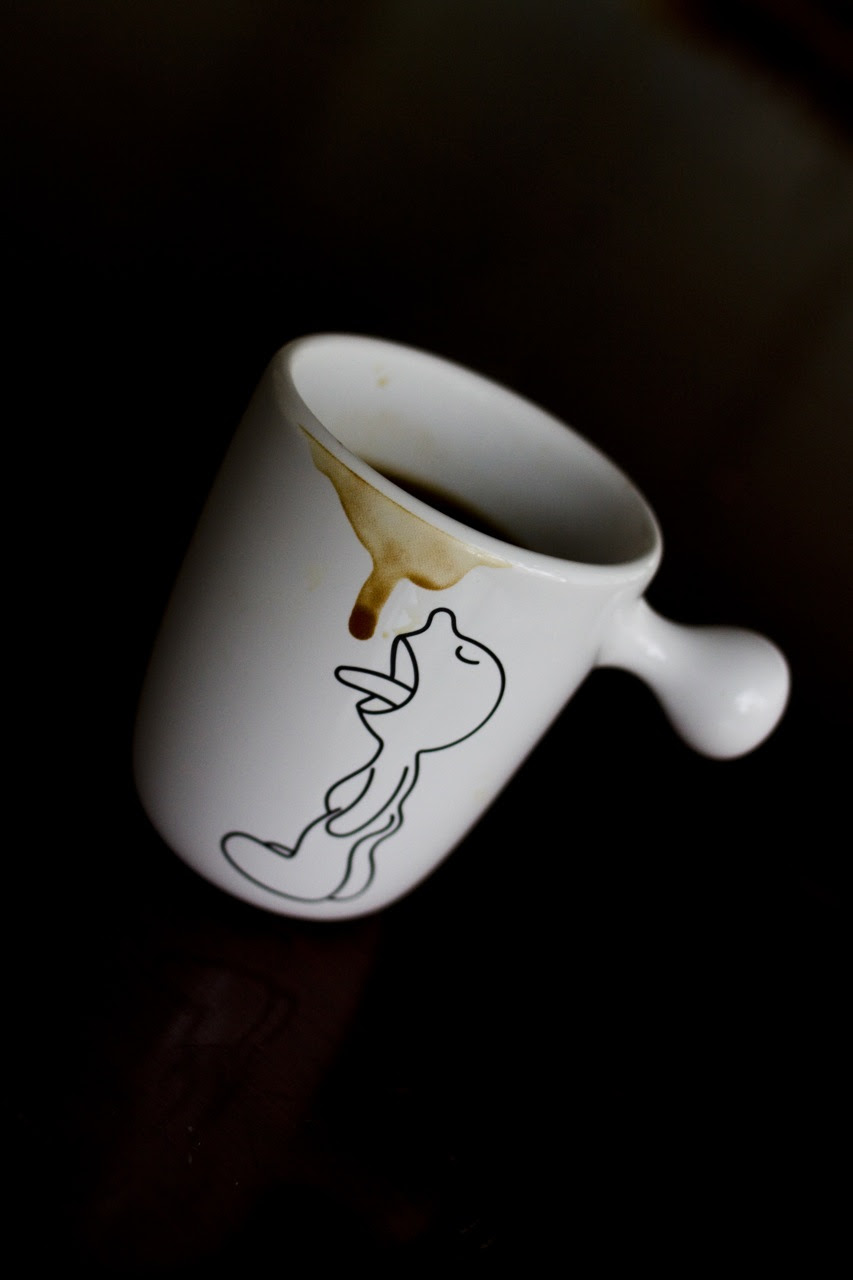 This is just about all I have been doing lately. I'm not entirely certain, but i think the recent storms in California set records. It has keept me inside and grumpy.

As much as I still don't consider myself a Californian, I don't think I can handle the constant rain of my native Pacific Northwest any longer. I like to be able to leave the house or ride a bicycle. For now, the bike stays mostly inside. 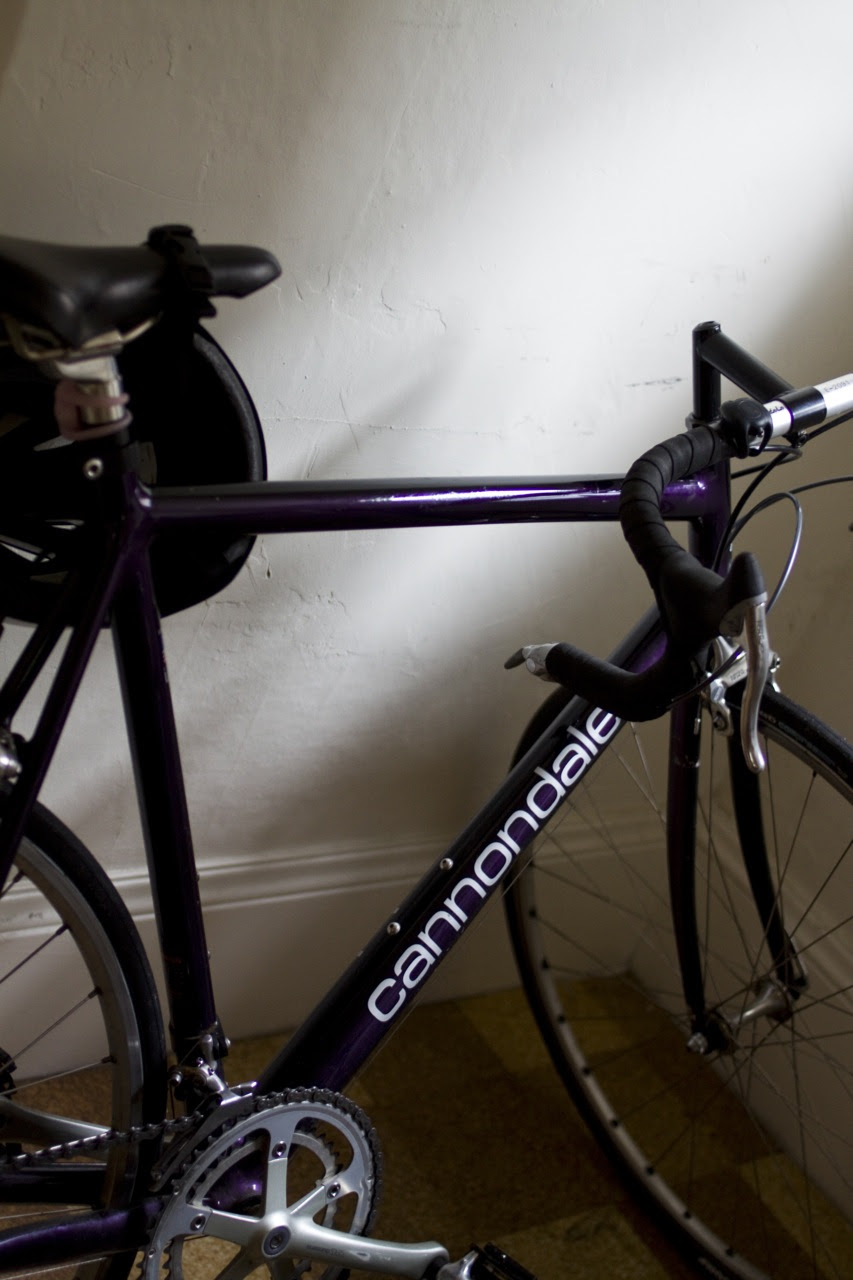