Porchetta at Roli Roti. The Best Sandwich Ever? 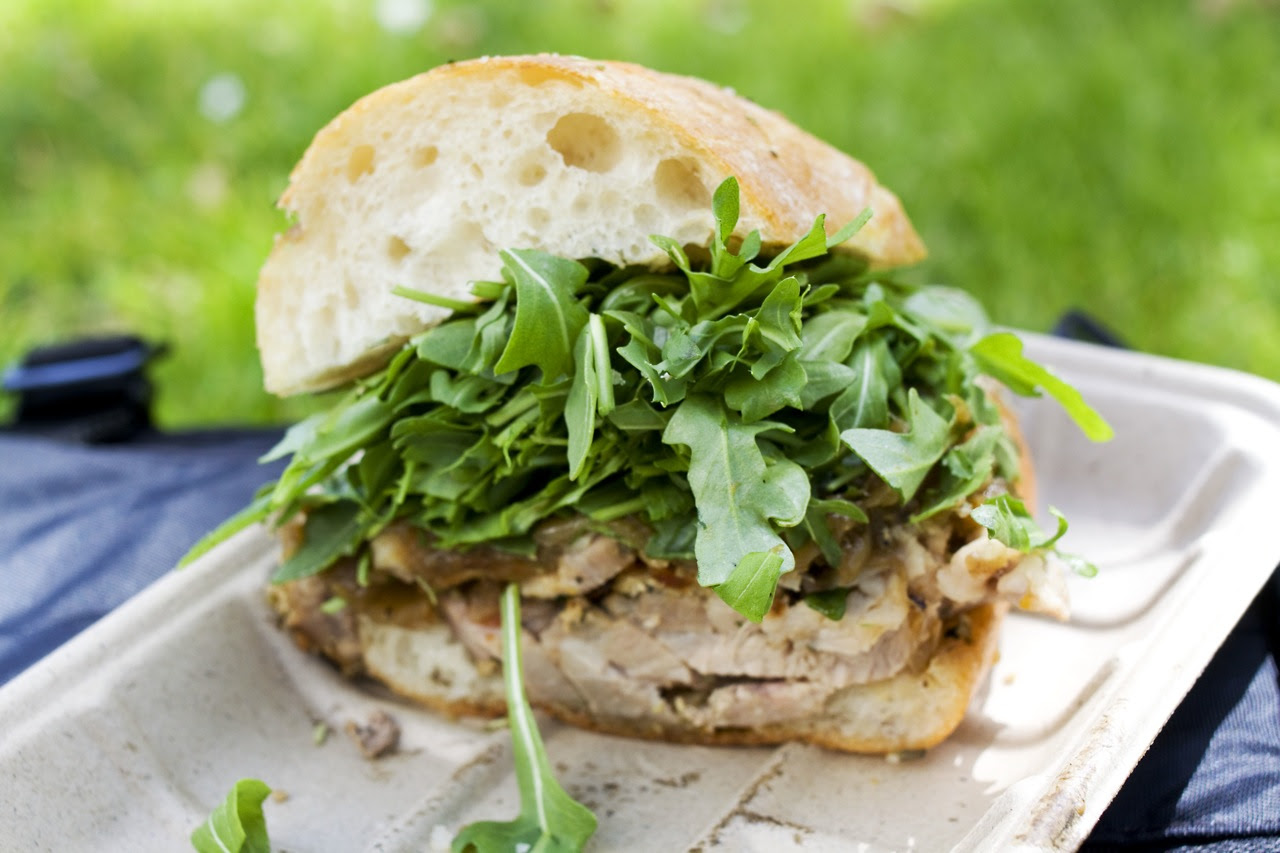 As a man of hyperbole, I love to say things are mind blowing, amazing, or simply the best. Sometimes even the worst. Maybe this tendency undermines my credibility in the eyes of those who know me, and those who've come across some of my writing. They might have a point.

It has been two weeks since I finally got around to eating the famous porchetta at the Ferry Building. It had been built up as something special, but it still surpassed all the hype. I've been wondering what to say about this sandwich since the moment I took my first bite. Coming up with something intelligent and coherent has thus far eluded me. Even though this has never been my forte, it's a tad embarrassing to eat the best sandwich you've ever had and have nothing to say. Maybe I should just let the pictures do the talking. 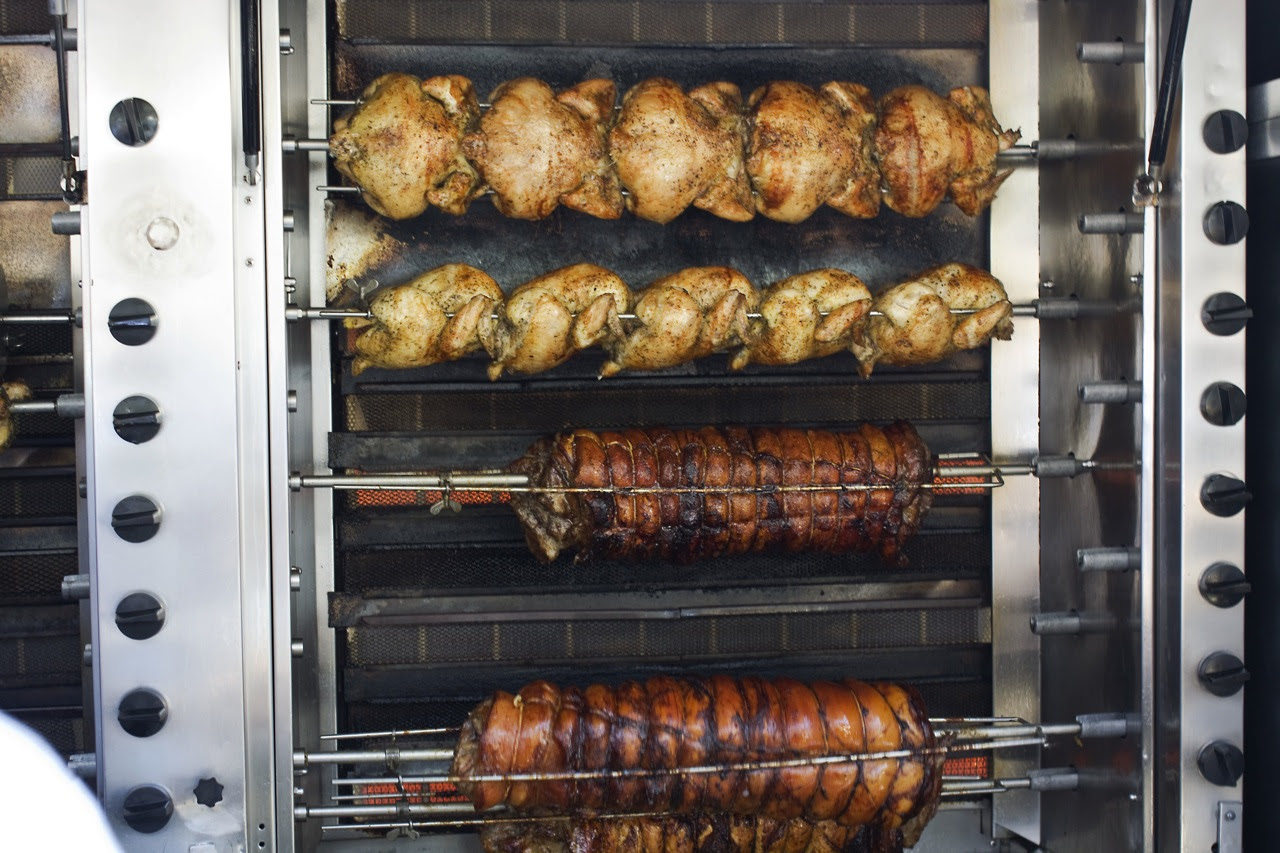 I first read about this porchetta a few year ago here. Well, at the time I was half the world away and it didn't really register. Upon moving to the Bay Area, it was suggested I seek this out. I let it slide. I was told in person that I had to try this sandwich and again did nothing. Then it was written up yet again. Is there a lesson here? 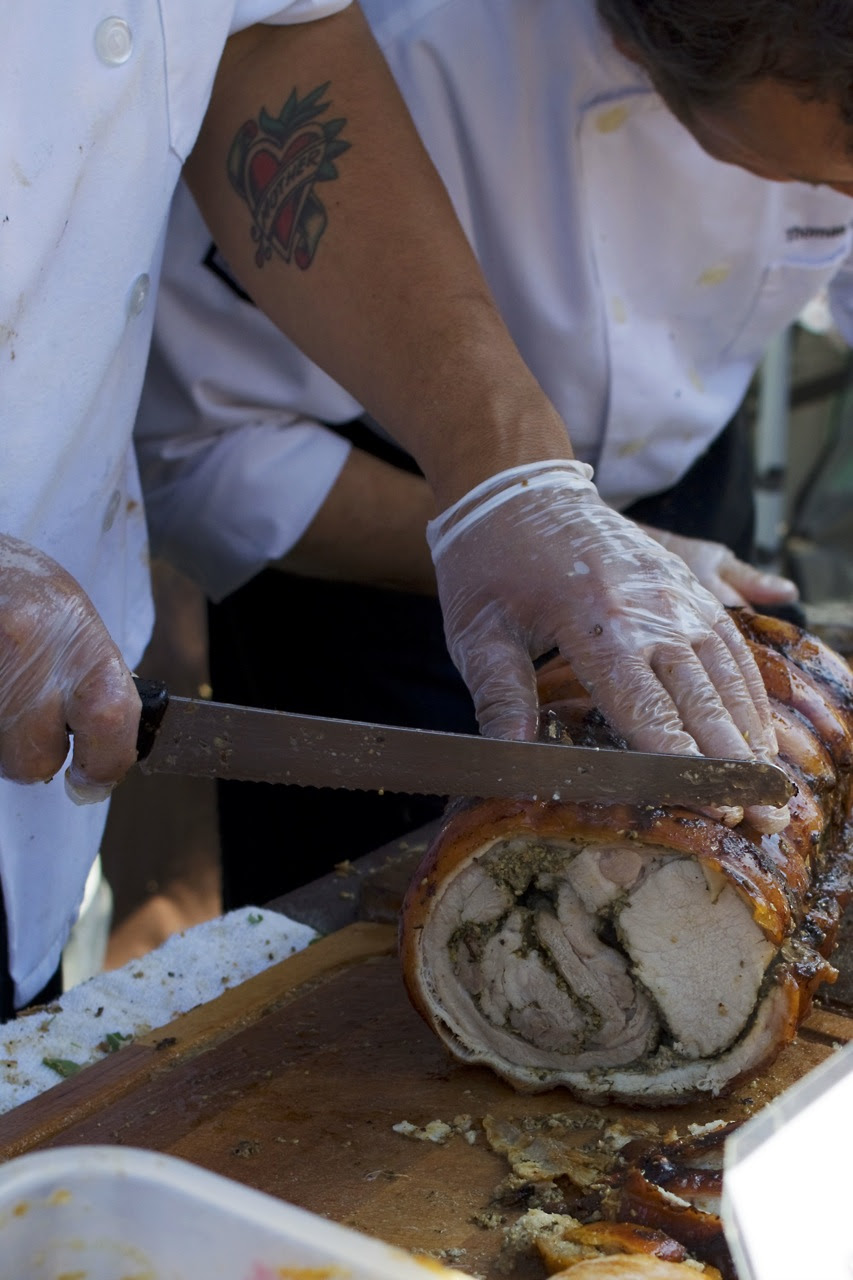 I had no idea pork this good was possible in America... 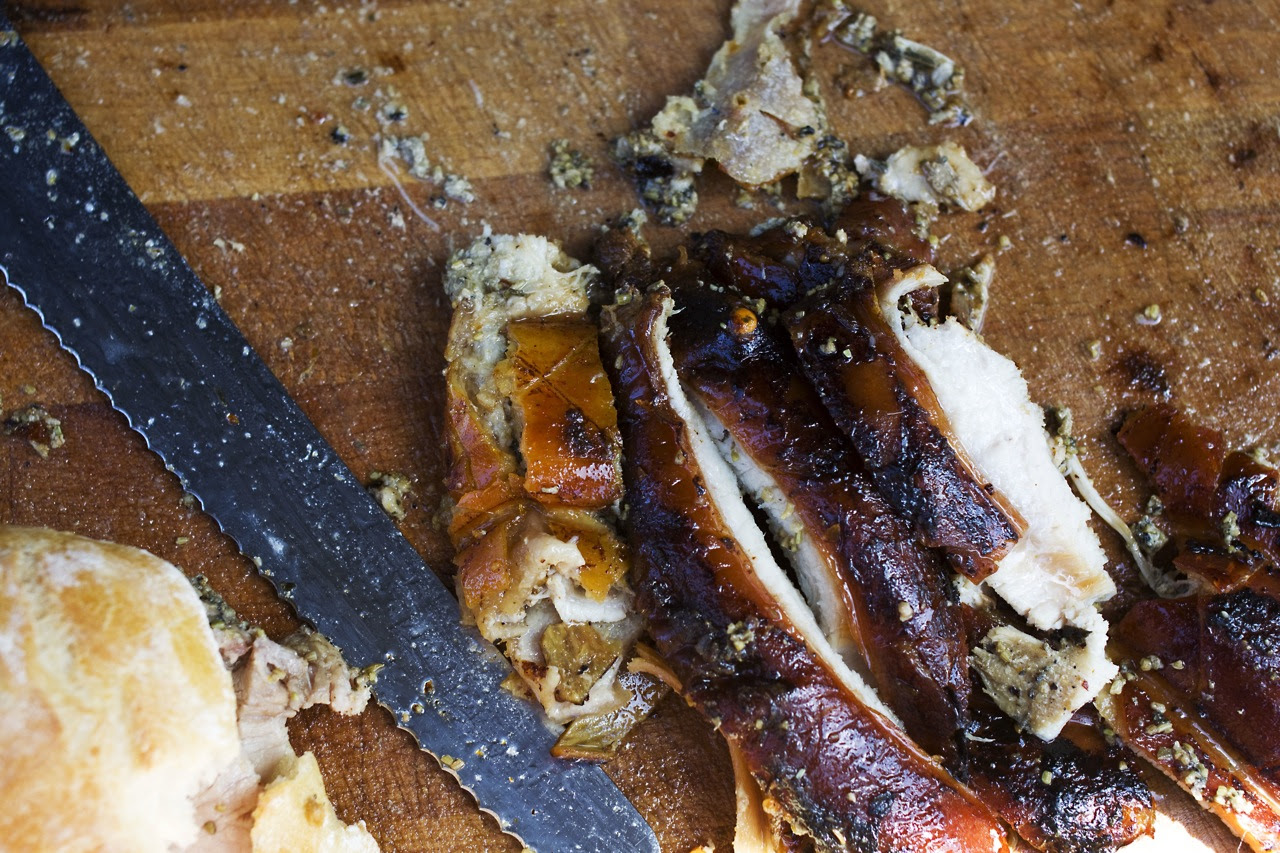 I finally ended up at the right place at the right time and had my sandwich. I waited for forty minutes and it still would have been worth it for eighty. If you don't believe me, just have a look. 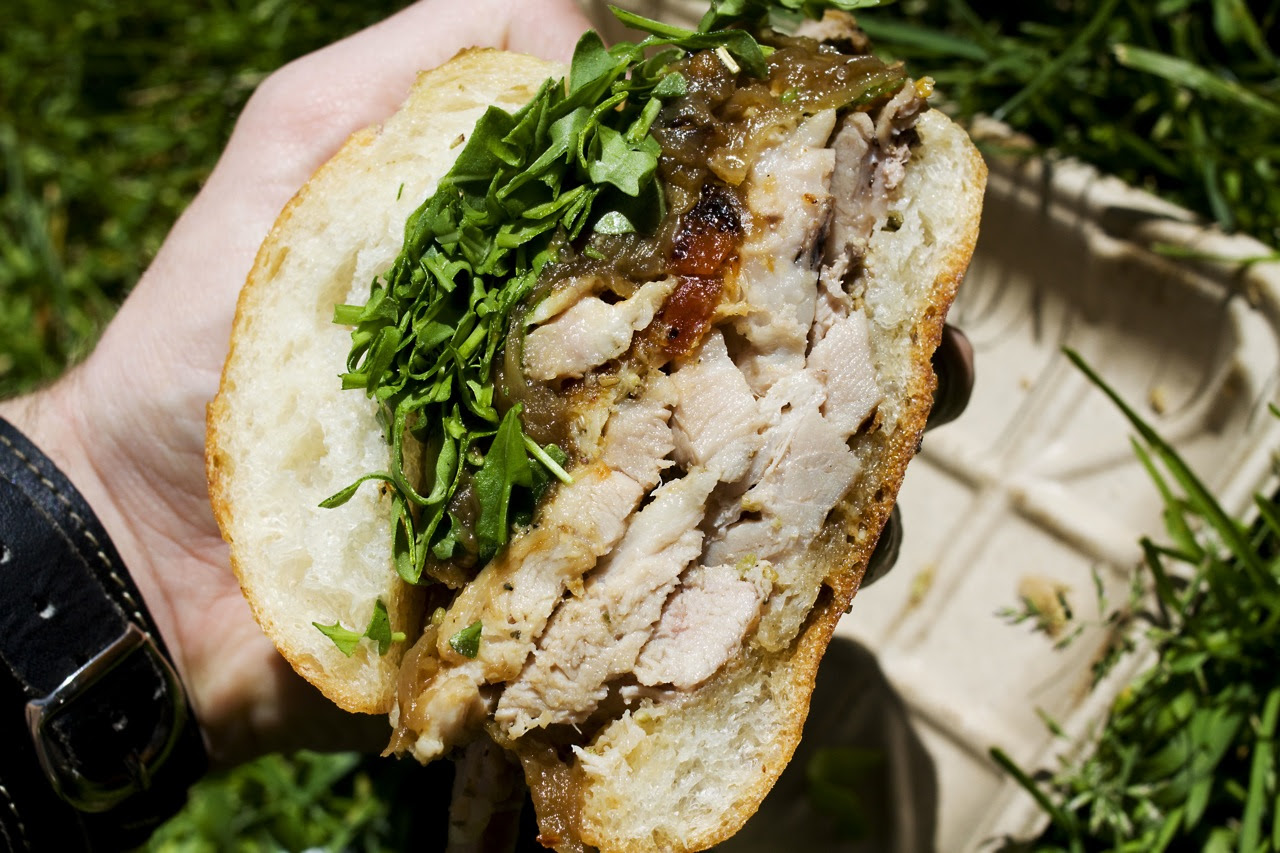 Should you hurry up to eat this sandwich? That depends. How soon would you like all subsequent sandwiches to be ruined?

Look for Roli Roti at many Bay Area farmers markets. Porchetta can be had in San Francisco at the Thursday and Saturday farmers market at the Ferry Building. Get there early, they do run out.
Posted by a at 7:15 PM

Hey, I just had that sandwich last week! It was quite fantastic... though, I don't know... I might still favor a Hanoi binh my or a New Mexican roasted green chili and turkey on green chili bread if I had to pick a favorite sandwich of all time... -X

hmmm. Honestly, as much as I like sandwiches in SE Asia, I often feel that however good they might be they make me think of their western counterparts. I certainly might be way off on this one though. Your green chili etc sounds marvelous. Can't imagine any sandwich from SE Asia sounding as good as that.