It's an honest question really. A modest barbecue was had on Friday and it got me thinking about the meaning of this beloved gathering. Because of our diverse backgrounds this barbecue was a mishmash.

Z brought sausages. A very picky Korean friend was coming so I got the kimchi out. 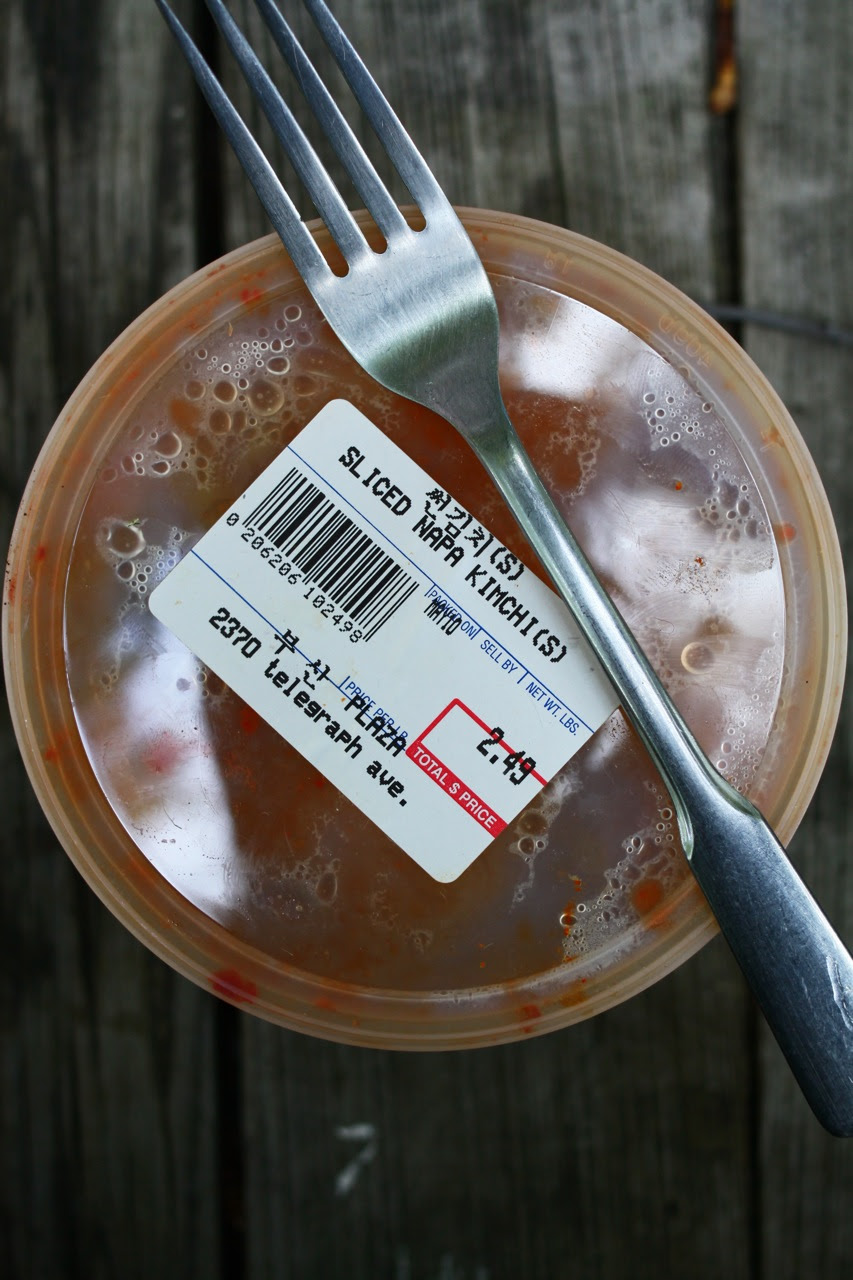 A kimchi hot dog is not rocket science, although I'm sure someone will get famous for this. 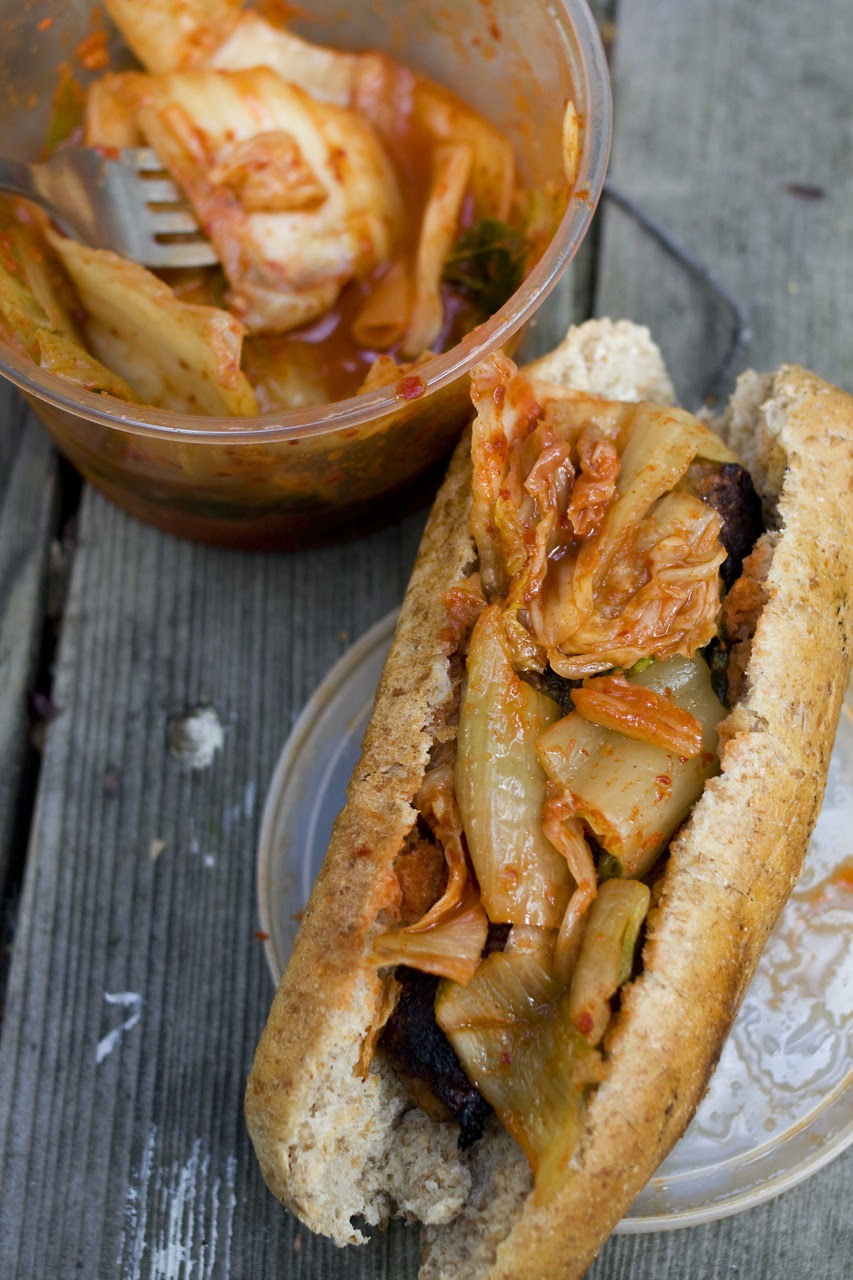 My Korean friend ate most of it.

Someone threw corn on the grill husk and all. A friend and former resident of Oaxaca brought queso fresco, I grabbed a lime and some chili. It was something like Mexican corn. 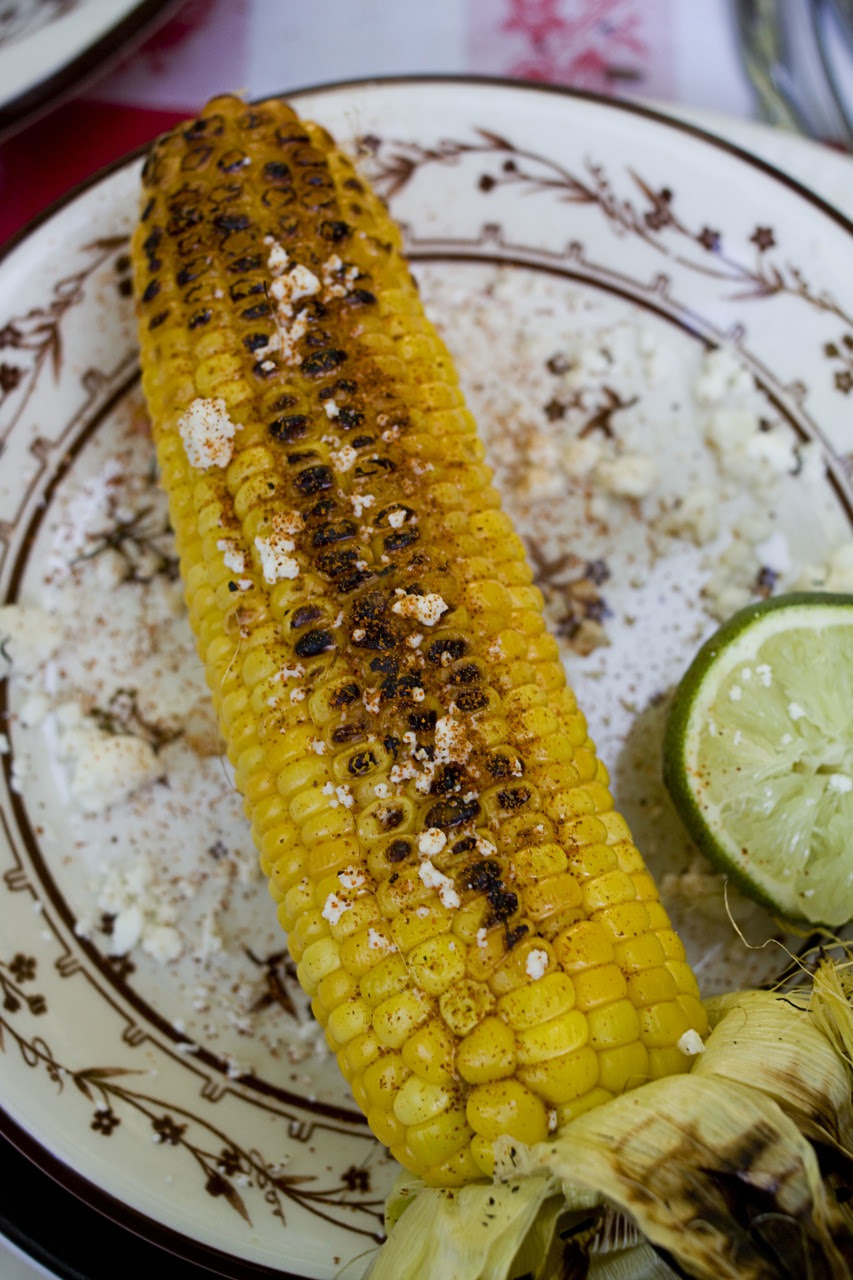 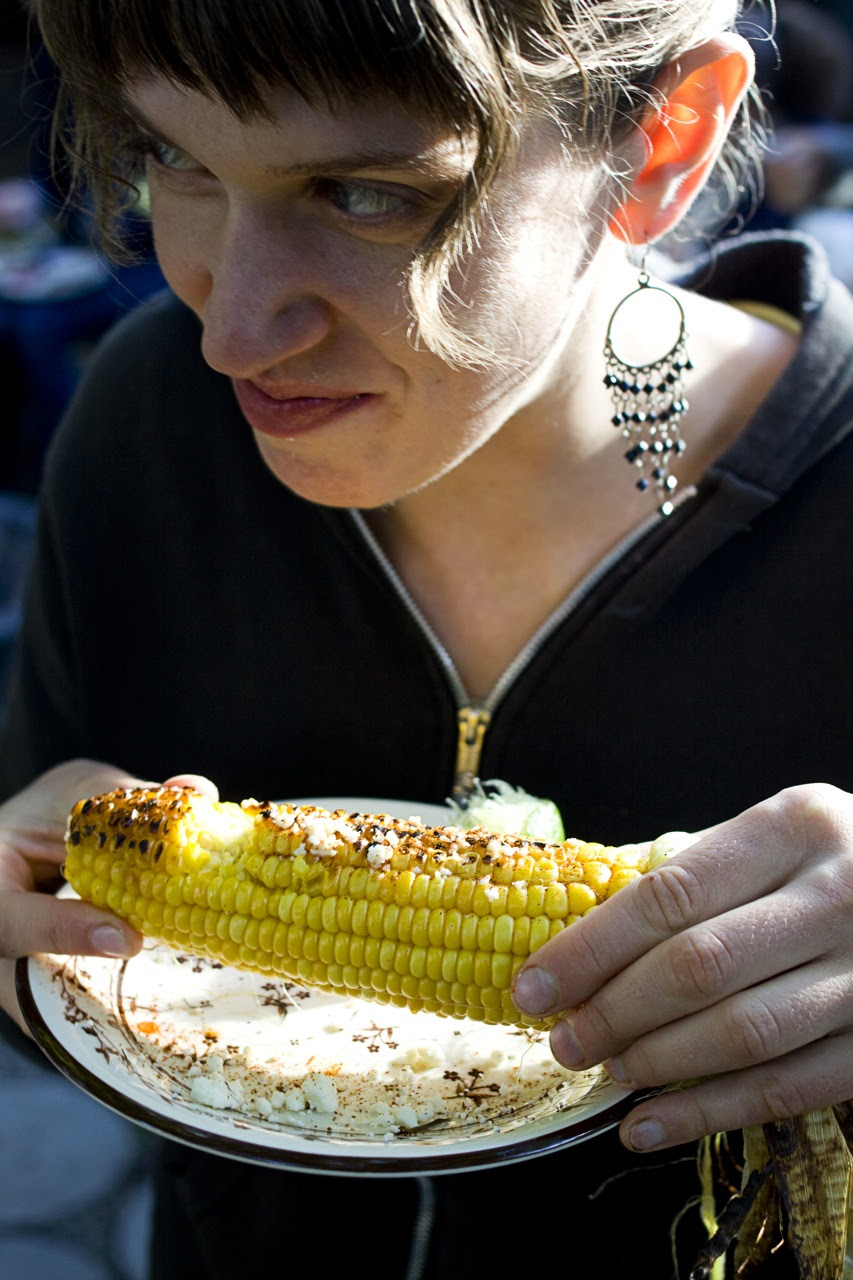 E made some adorable tarts with custard and the currently abundant strawberries. Someone else brought sweet potatoes and I buried them in the coals. A while later we dug them out, peeled back the skin and enjoyed the perfectly cooked insides. 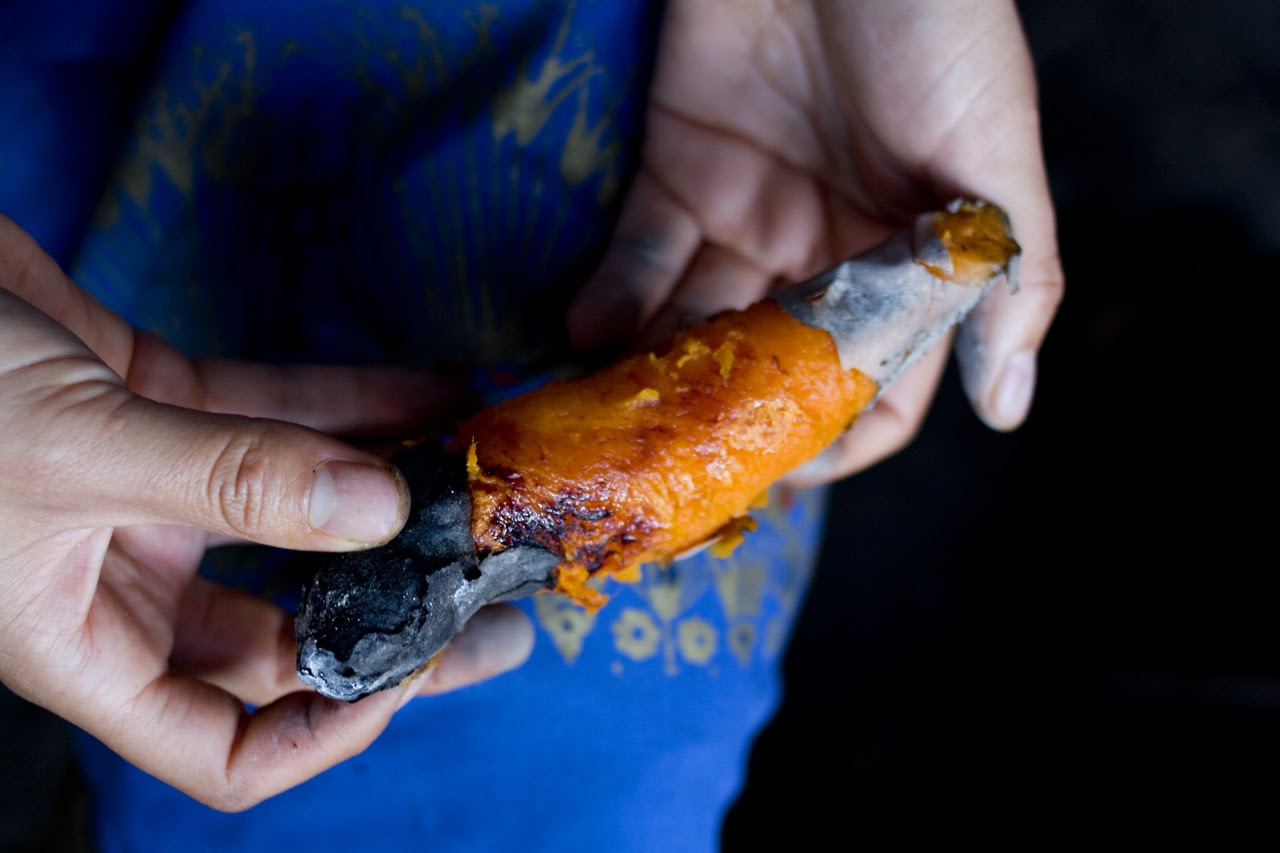 Others brought homebrew, cake, salami, fruit, and a variety of cheeses. It was certainly comforting when a forty of Old E made an appearance. So, what does your barbecue look like? I have a vision in my mind of what a "typical" American barbecue might look like (beer, burgers, dogs, lemonade, etc), but the diverse population here makes such ideas rather limited and not a reflection of modern America.
Posted by a at 11:53 PM 2 comments:

What Else is There to Say About Taco Trucks?

A lot of folks including myself have celebrated taco trucks in print and online. Long ago I got a pretty good grasp of where to get the best tacos, and it sort of ended there. Most trucks serve similar stuff, so the food doesn't usually vary much from truck to truck. While there are a lot of trucks to love in Oakland, there are still the mediocre, the forgettable, and the wtf trucks. I recently took my new bike for a test drive so I decided to go one one of my meandering rides deep into east Oakland. The ride took me past the familiar, but also some very unfamiliar trucks. It was certainly interesting. I had no idea how many trucks there were. 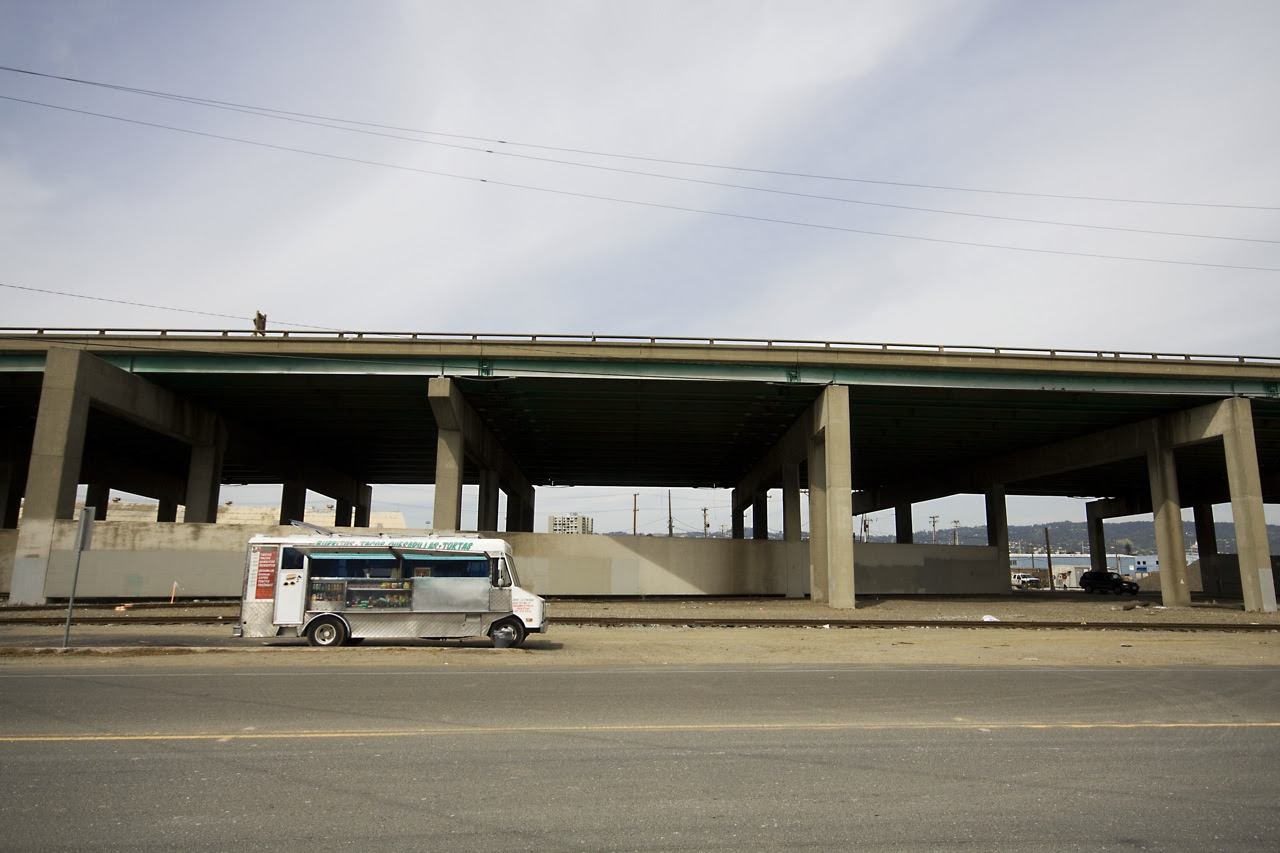 Here's a truck with no name. It sits only a mile or two east of Jack London Square on a lonely stretch of road. Who eats here? Dockworkers? People about to get on the freeway? The homeless?

There's certainly a lot to love about Taco trucks. I feel like they are the the closest things to the street food I've eaten in other countries. It's an interesting American take that fills an important gap. Right? 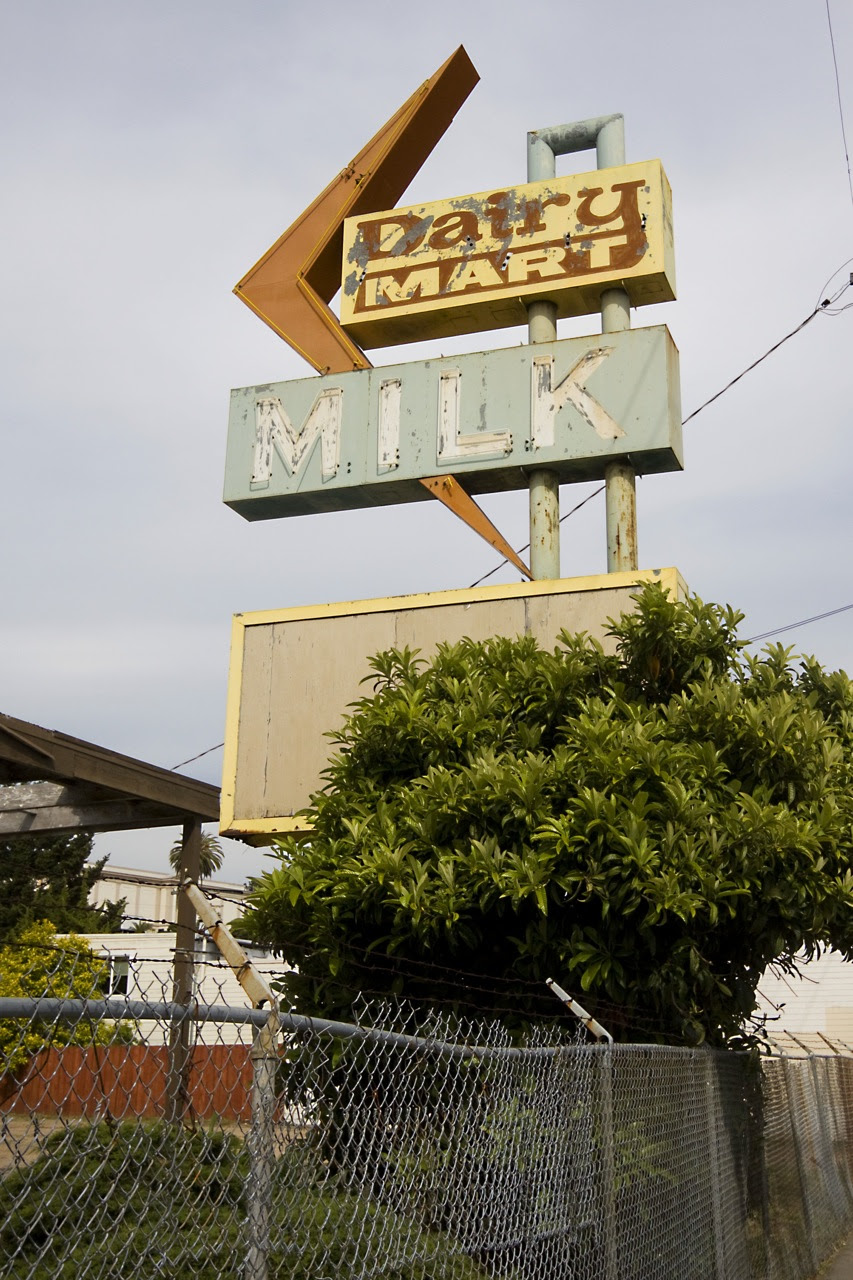 Much like how fast food and liquor stores are often the only businesses in poor neighborhoods, I started to notice the same was true about taco trucks deep in East Oakland. I've an acquaintance who recently referred to a school he worked at out in East Oakland as a "warzone". While I need to be careful about these types of descriptions, it does inform the reader about the absolute break down in social services in East Oakland. I don't know how easy it is to celebrate taco trucks in such an environment. 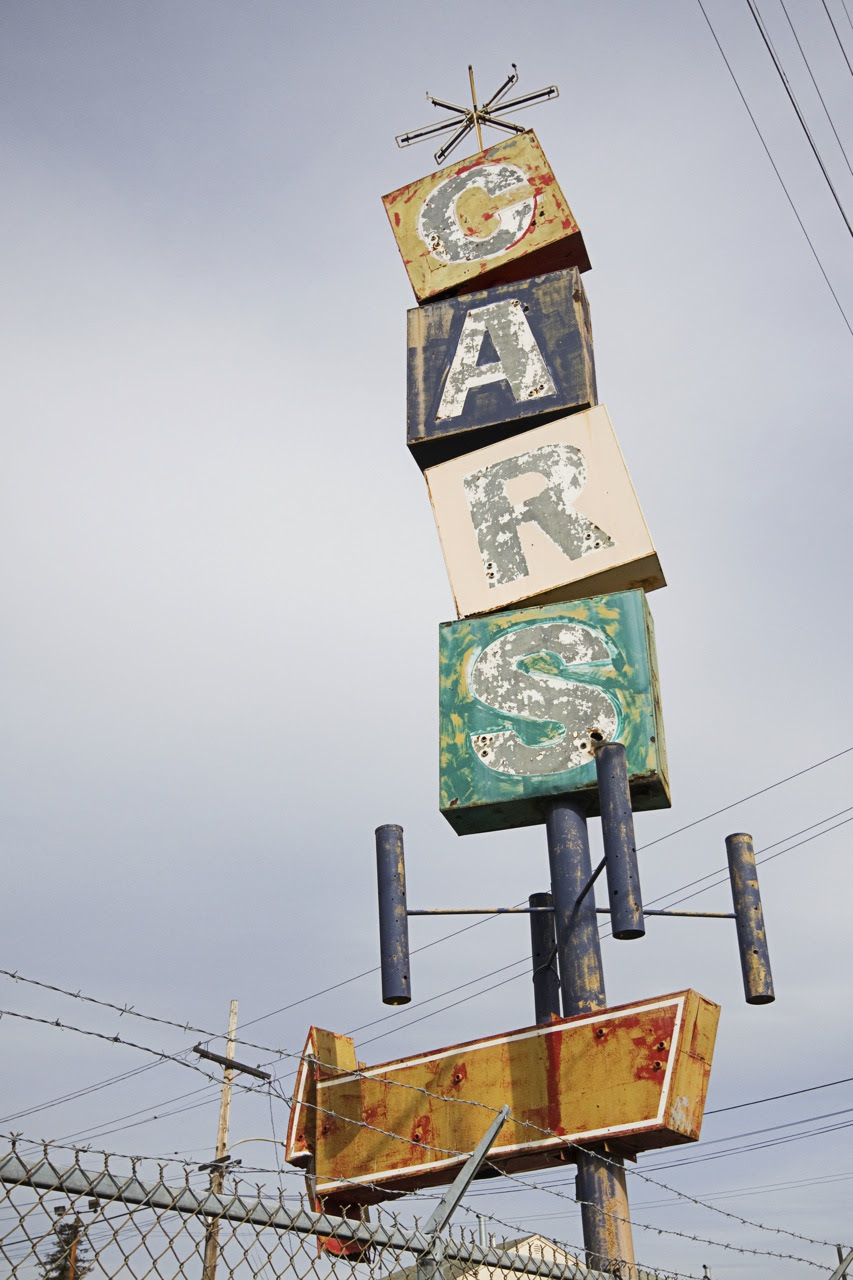 I do feel strange stopping my bike to snap photos of signs such as this that I find aesthetically pleasing when the neighborhoods they exist in are crime ridden and dysfunctional. 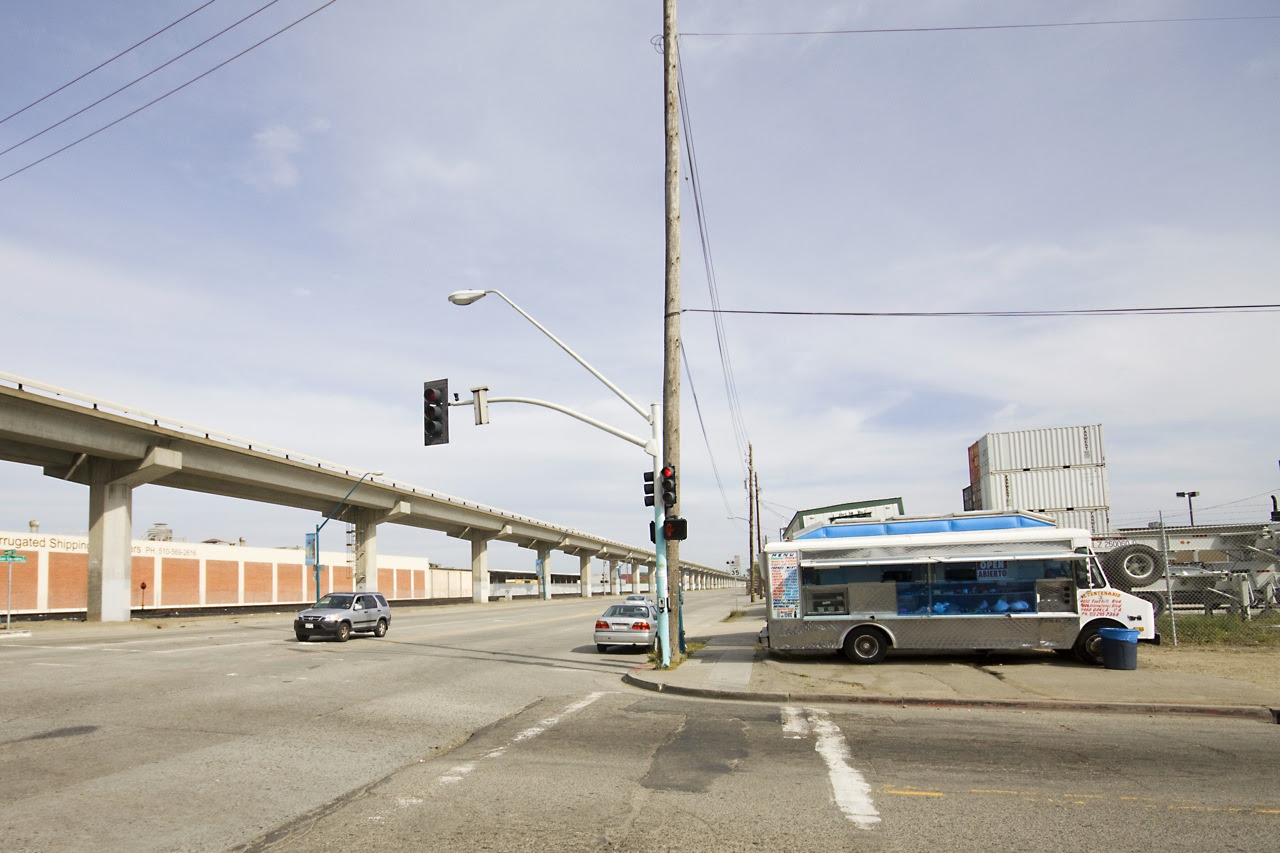 Here's another unlikely truck selling in between the coliseum and San Leandro. Cars, trucks, and BART whizzed by and dust got in my eyes. Behind me was a Latino man selling bags of oranges outside of a scrap yard. Day laborers shuffled home or to nowhere in particular. Nobody was buying tacos. Yes, these trucks to fill a void, but this void is far bigger than what a taco truck can fill.
Posted by a at 10:35 AM No comments: