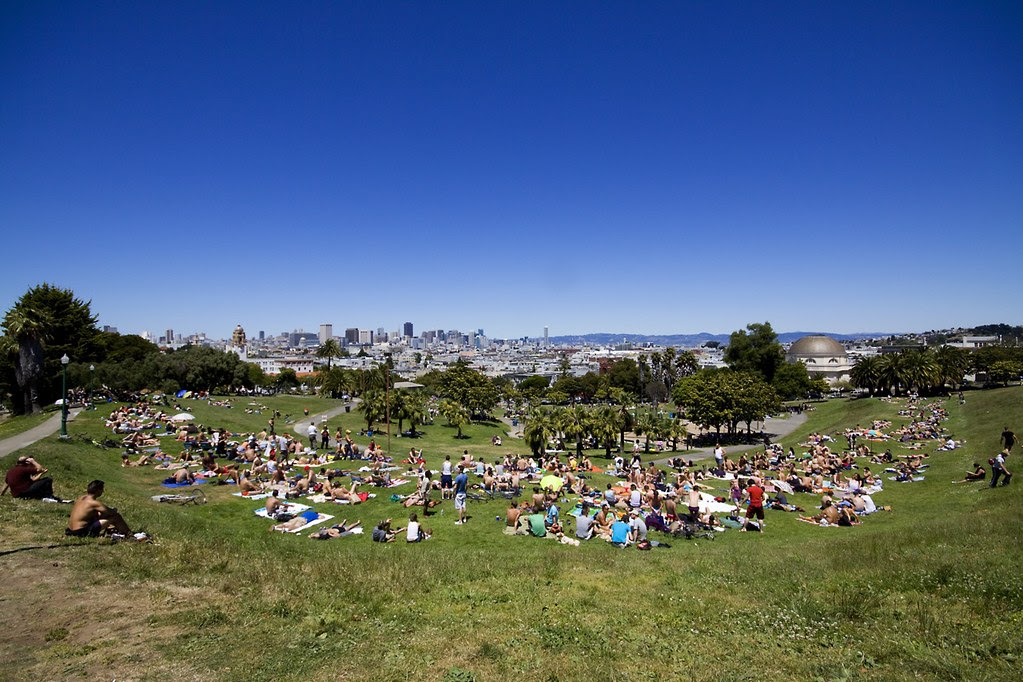 Thinking about dystopia, as I often do, my mind wandered to the film Robocop. You all know the film: the corrupt police department in future crime ridden Detroit decides to turn to a cyborg police officer who is immune to the lure of bribes, drugs, and whatever else it is that ails the hearts of all human police in a society that is crumbling. It's kind of like present day Detroit, except with robots.

Next, fighting back nausea my mind turned to the rather utopian vision of the Star Trek universe. If you aren't familiar with Star Trek just get back under your rock already. When our boys and girls in leotards venture back to earth, a beautiful futuristic San Francisco features prominently as it is the location of Starfleet. Or something like that.

I think we all know why San Francisco might have been chosen for Star Trek much as we know why Paul Verhoeven chose Detroit as the locale for his dystopian vision. Here's the rub: Future Earth in the Start Trek Universe is fucking boring. Everyone is happy, healthy, and boring. It's a wonder they don't all throw themselves from the still standing Golden Gate Bridge.

There's a lot about San Francisco in print and on television. You read a lot about people visiting and having a wonderful time as they do here and in other beautiful cities the world over. But is that all? What else is there left to explore that hasn't been done to death?  I'm more interested in living than someone else's vacation.  I'm interested in what happens when the honeymoon ends, when the weather turns to shit, and the daily drudgery begins to take its toll. What then?

Anthony Bourdain is reportedly going to be in the city tomorrow.  I imagine he'll have a nice time.
Posted by a at 7:23 PM