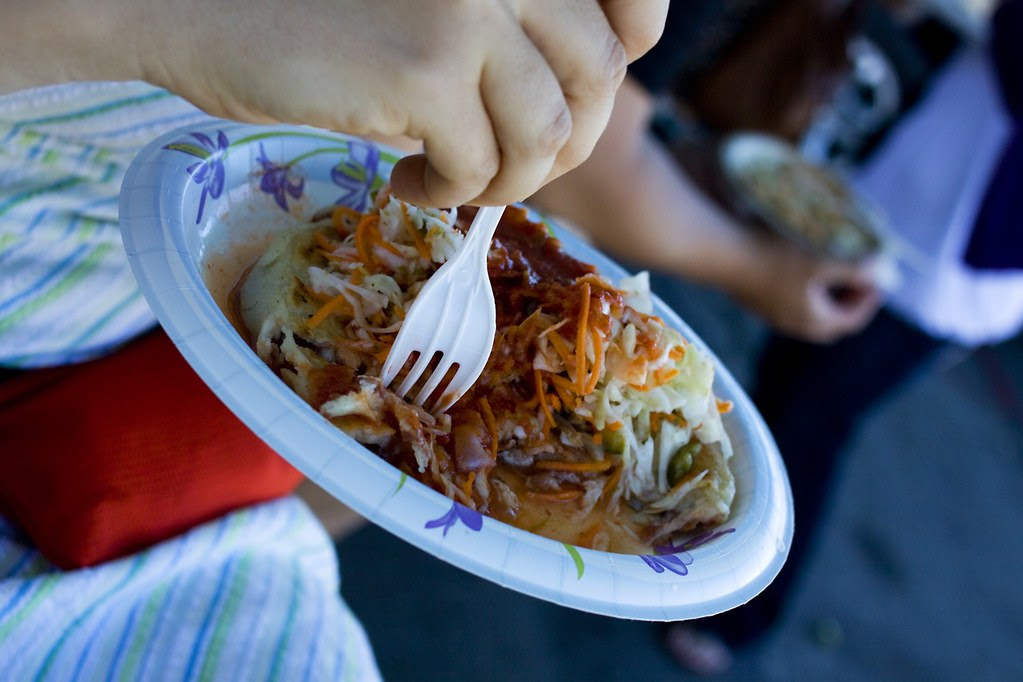 One of the first things on my San Francisco to-do-list was figuring out where to shop for produce. Not places to just look at beautiful produce like the Ferry Plaza, but places where real people actually can afford to buy produce, instead only a couple of trophy stone fruits.

We cycled down off the hill we live on, through the mission, under the highways, through a homeless encampment, and to Alemany Farmers Market. Upon arriving I was already declaring it the best Farmers Market I've ever been to in North America. There were many vendors, a large variety of produce, and many eager shoppers. Business time.

We bought three kinds of salad greens, broccoli greens, fresh onions, a huge bag of peaches, pounds of cherries, and I didn't get a single shot of it. My arms were full. Shopping was the goal and it was a great success.

However, when it was time to eat, the camera came out. There were reports of excellent pupusas so we ignored all the other food and headed straight for Estrellita's Snacks.

I was immediately impressed. A group of short Latina Women were patting away at generous handfuls of masa and putting far more filling inside than any homemade pupusa I've ever managed. There's something to learn here. 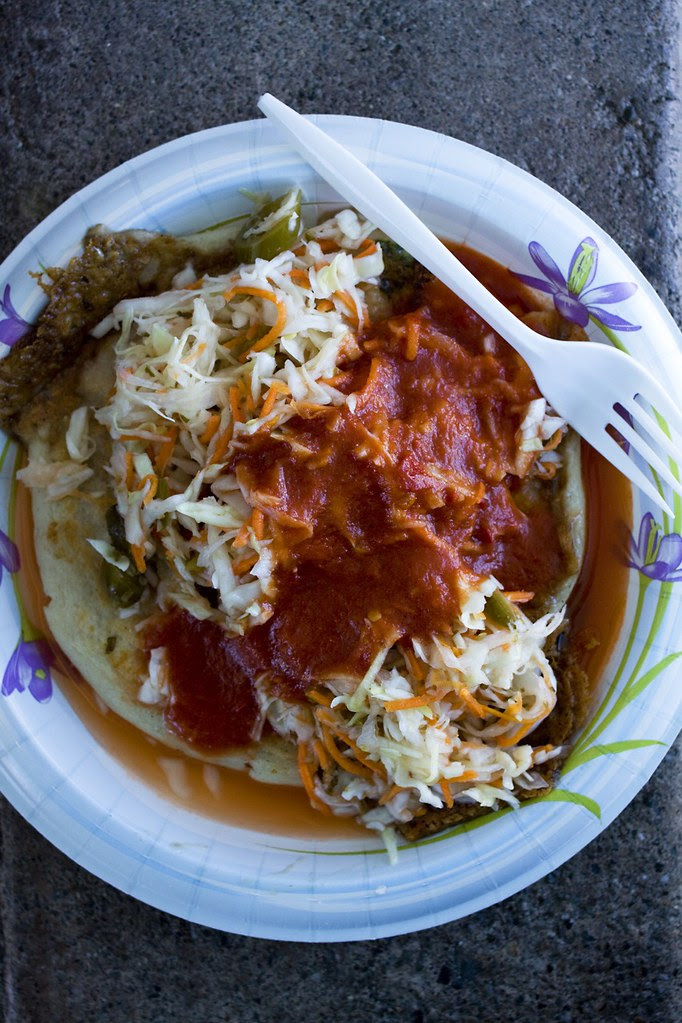 These were generously topped, more so than other pupusas that I've had in the area. Maybe they are generous folk, or maybe it was getting late and it was time to use up the reserves. Either way, I was pleased. 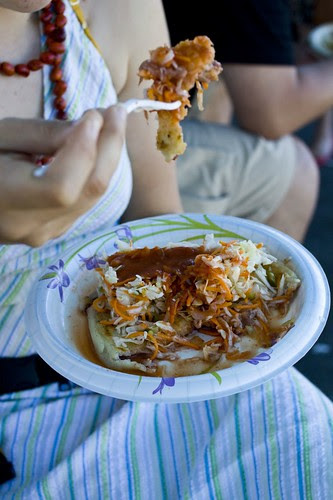 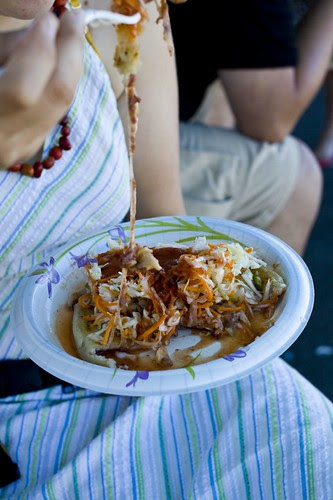 Pupusas are not high cuisine, make no mistake. But when eating fresh, hot, cheese filled masa cakes, it's hard to imagine anything tasting much better.

These are some of the best pupusas in SF!