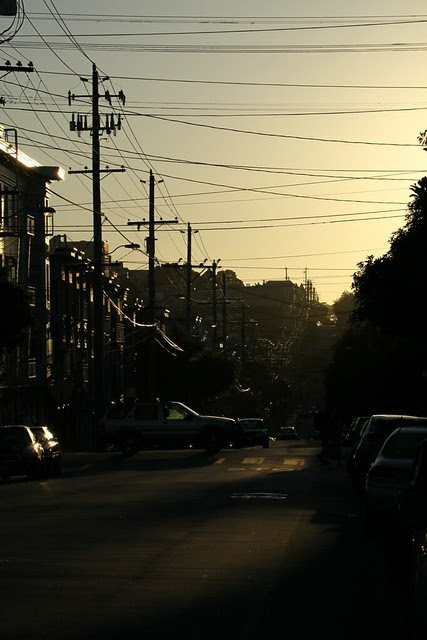 Several Mondays ago at about sundown I realized it was time to take the compost out as it was garbage night. I walked out onto my street, which looks very striking at sundown I might add, and came face to face with neighbors, strangers, my neighborhood enemy, and tourists on bicycles. I went to lift the lid on the green bin and one of the aforementioned tourists stopped his bike and made to take a picture in my direction. I dumped my mess, closed the lid and fled. It was really quite shocking that I was about to be immortalized in a photo while placing organic matter in the bin. "Look here, as a local takes out his coffee grounds, orange peels, and dead goldfish. Isn't it romantic!" And so it goes. I find myself stumbling into the frame quite often, ruining or making many a tourists photo, I can't tell which.
Posted by a at 5:13 PM