For many Americans, the day after Thanksgiving is often spent either trampling other shoppers to death or simply on the couch in a food hang over. This year a small group of us headed for the mountains for a hike and hoped civilization would fall while we were away. It never seems far fetched.

We set out for the Santa Cruz mountains and took a day long hike amongst majestic redwoods. Along the trail we encountered hundreds of mushrooms. I am not an expert when it comes to identification so I don't take mushroom harvesting lightly. However we came across oyster mushrooms which our housemate had brought home just the week before so we knew how to identify them. Actually, I was already very familiar with their characteristics. They are fan shaped. They like to grow on dead logs. They have scales that run up and down the entirety of the body. Also, as I understand it, there is no poisonous cousin or look alike. All types of oyster mushrooms are edible. Please, don't just take my word for it though. Get a book, have someone take you out, and be careful! 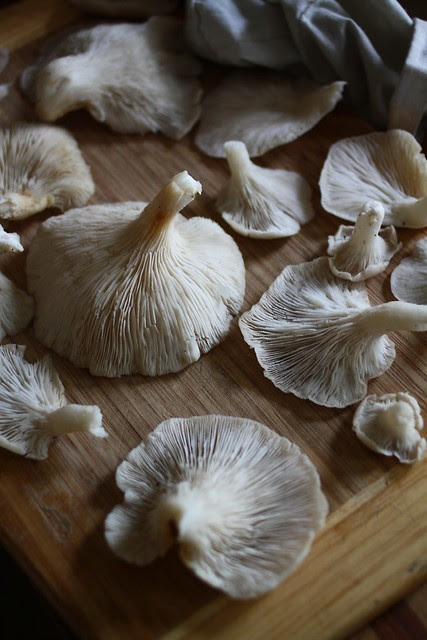 The following morning I decided to make a simple frittata with these fresh, delicious oyster mushrooms. 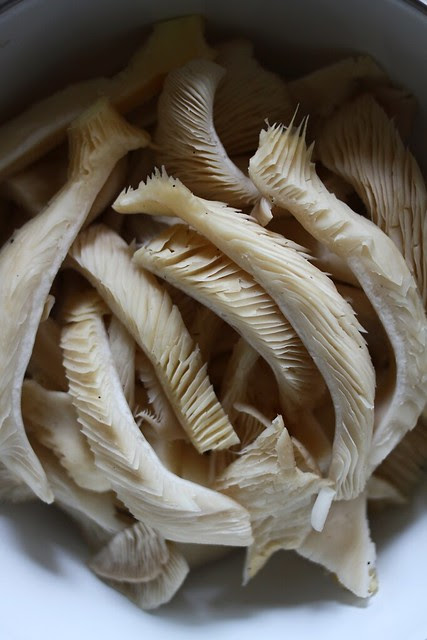 I cut the them into strips and dry sauteed them. Heck, this is my go to method for cooking all mushrooms. I added butter, a little salt, and after they had cooked a bit, I threw in whole cloves of garlic and thyme. 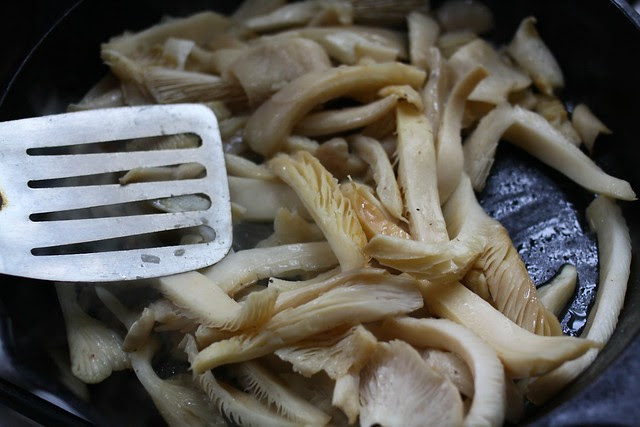 When they were mostly cooked I added five eggs and put the skillet into the oven and baked until the eggs were cooked. 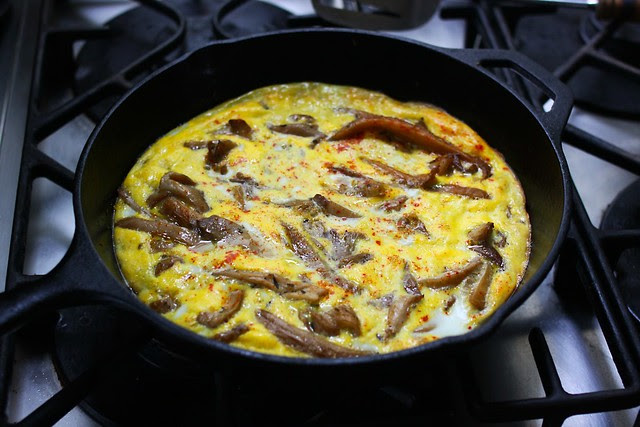 When it was just about ready, I  sprinkled it with smoked paprika and grated Parmesan, and placed it under the broiler for a couple minutes.

I served it with fresh persimmons and seasonal Vital Vittles persimmon bread. Not too shabby. 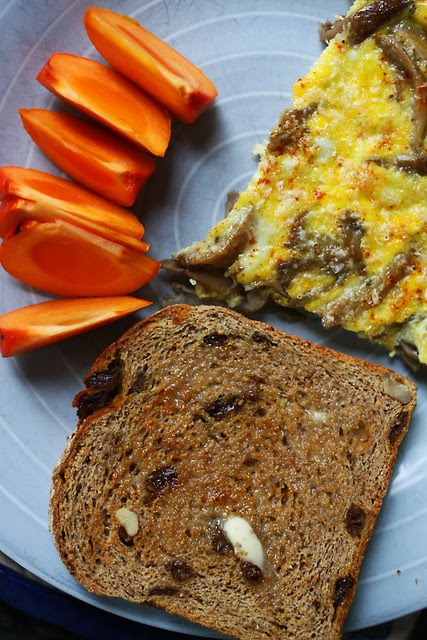 It is certainly a sight.