Thai Food Postmortem and Other Thoughts 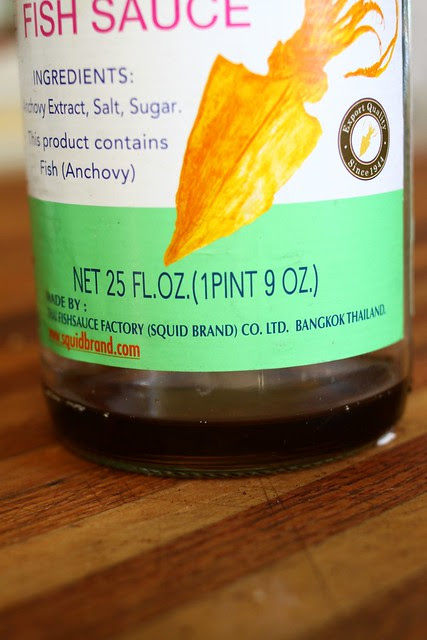 This morning I awoke and wasn't thinking about Thai food. Actually, maybe I was thinking about it, just not obsessing. The last month I spent a lot of time trying to figure out how I was going to make something different and do it right. Today I relaxed and reflected. Lucky for me, I was just about out of fish sauce.

Over the course of the month I got more and more used to the processes involved to execute a collection of dishes from one of my favorite cuisines. I'm far from an expert but I've made a good start. It helped to have lived in Thailand for a while and be familiar with the flavors and have a general idea about how things ought to taste. It helped even more to have had David Thomson's excellent cookbook "Thai food." If you've found this month interesting, I highly recommend purchasing this book.

If you decide to purchase this book, be prepared to run into a few difficulties. The recipes do not suggest shortcuts or rely on substitutions to make it easier to make these dishes. Over the month I was constantly disappointed to be unable to make certain dishes because of unavailable key ingredients. Instead of trying them without key ingredients, I simply skipped certain recipes entirely. I feel that a lot of my success was based on being pretty inflexible. I was unwilling to leave things out due to availability or make other alterations due to different peoples' dietary limitations. This left certain people out I suppose, but I wanted to try and nail these recipes when I could, and not leave them incomplete for whatever reason. After becoming very familiar with the flavor combinations is when I can imagine changing things, certainly not before.

It might seem strange that two and a half years after having lived in Thailand I would take up this project. Maybe it's hard to deny that. However, I can offer two rationales for this. ONE: I'm stubborn. I wanted to do this right and didn't want to take any half measures. To really make a proper effort at a lot of this food required me to purchase what I lovingly called my "shadow kitchen". I bought enough ingredients to fill a kitchen, plus the refrigerator was always filling up with my hard to find produce. This was a lot of work and maybe a little annoying for my housemates. TWO: There was a lot of other stuff to explore in the Bay Area before coming back around to Thai food. After moving to the area I was curious about what Thai food there might have been, but the same went for a lot of other cuisines. 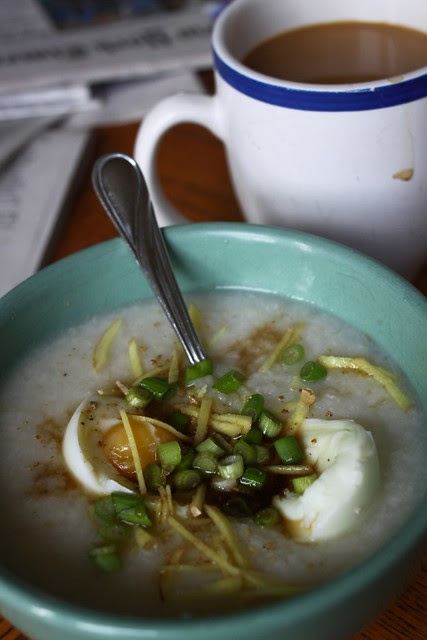 There weren't many surprises in cooking the food itself, but it made me think about other cooking issues. Most importantly, I came to the opinion that people should be using more recipes. I'm pretty handy in the kitchen these days, but putting myself on a strict regimen of cooking Thai food by some very strict guidelines made for excellent results. Much like I just about always follow recipes when I bake, maybe it's a good idea to do the same for my normal cooking. I know a lot of incompetent cooks who should only ever follow directions lest they make something borderline toxic, but I extend this advice to people who are already comfortable and confident in the kitchen. You might learn something. Or maybe a lot.

I'm still trying to decide how this book, these recipes, and recently formed habits will factor into my future cooking. As I mentioned, some of this stuff was difficult to shop for. Certain ingredients are imported and found only in speciality shops. Others are found only during certain times of the year from certain vendors at local farmers markets. As much as I'd like to be making curries and other dishes frequently, the acquisition of ingredients makes that unlikely. It's fun to take this up as a project and see if and how it effects my eating habits. Some things I could see becoming part of my repertoire. 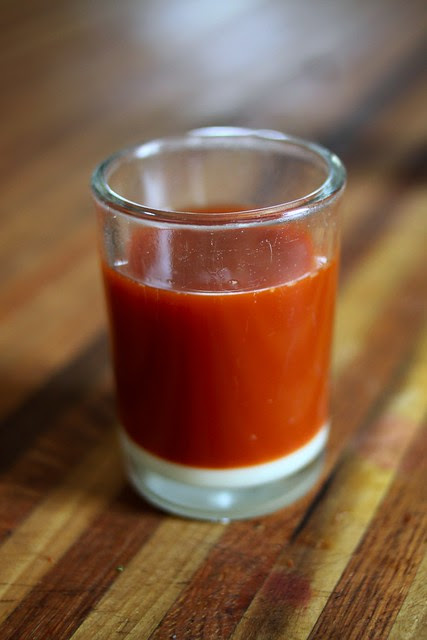 This morning I walked into the kitchen and assembled my breakfast. I didn't need any help deciding what to make. It was effortless. I loaded up on kiwis at the farmers market the other day. We still have almonds purchased a while back at another farmers market. We had local yogurt in the fridge, and honey from someone's backyard bees. It almost made itself. 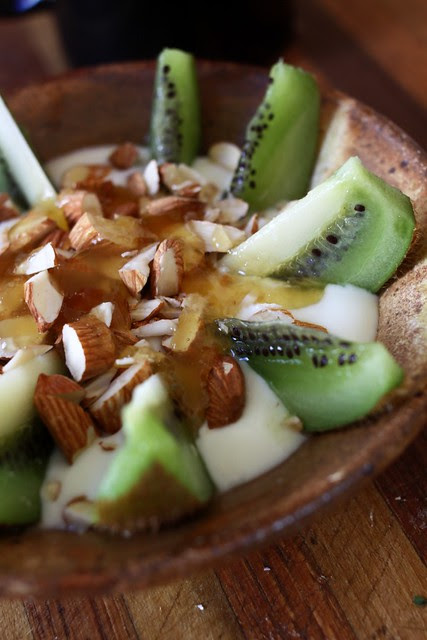 This made sense. It probably isn't being repeated by any of my neighbors, it's not a dish I ate growing up, and I've probably not ever made exactly the same thing. I just threw it together and it was good. Like always, this anything goes approach to food makes me stop and ponder my food culture and the difficulties in writing about the food that is often in front of me. It's a work in progress.
Posted by a at 11:25 PM 2 comments: