For my first few weeks in Mexico I was working on a language preservation project in Teotitlan del Valle in the state of Oaxaca. My group was primarily involved with collecting texts from Zapotec speakers. When I got my assignment I just about died when I learned that I would be collecting a recipe for mole negro. The recipe was not the point, as we were looking for certain constructions for which there had been little data thus far collected. I'd say we did pretty well, but I won't go on about that here.

As a side project my team and I have started putting together a book of sorts for the museo. To do this I shot photos of my consultant making mole and talking us through the process. This is a long, smoky, and dirty process of which I loved every minute.

Instead of describing each and every detail with the photographs I've decided just to put the slideshow here. When I get home later in the summer, I'll try and fashion a recipe for a normal serving size. For now, enjoy the photos!

I don’t want to start this post with some trite anecdote about Mexicans being festive people. Such declarations reduce a diverse people to base cultural stereotypes. However, I have certainly been involved in a fair few great celebrations as of late. The Fiesta de San Juan Batista in Teotitlan del Valle was certainly one of the most memorable.
A few fridays ago after finishing my day’s work, I headed into the center of Teotitlan to see what was happening. I was greeted with a couple of dozen men on horseback. In the middle of the street, there was a sheep tied to a crossbeam under which the caballeros would pass. As they rode their goal was to lasso the immobilized animal by the head. Whoever managed to lasso the sheep by the head the most times, won the sheep. 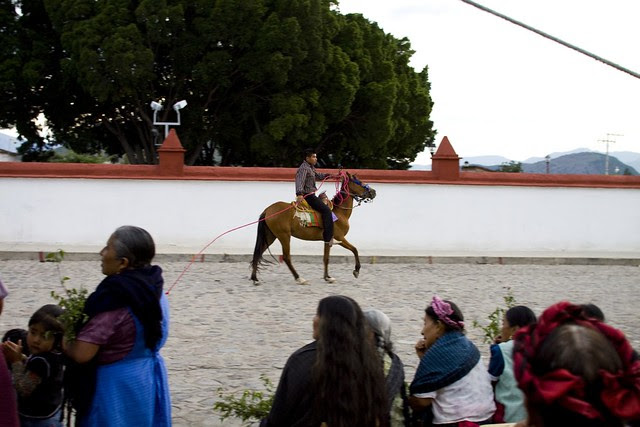 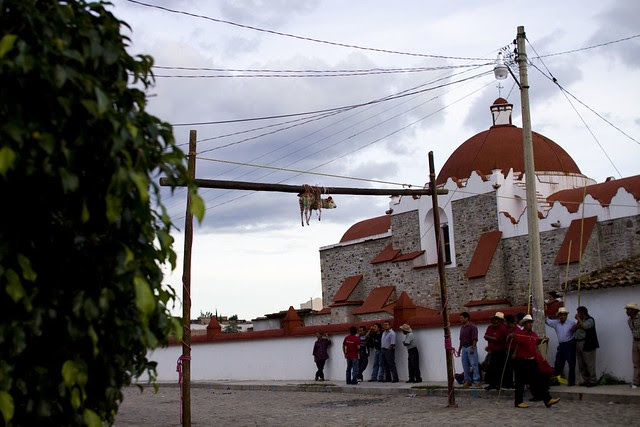 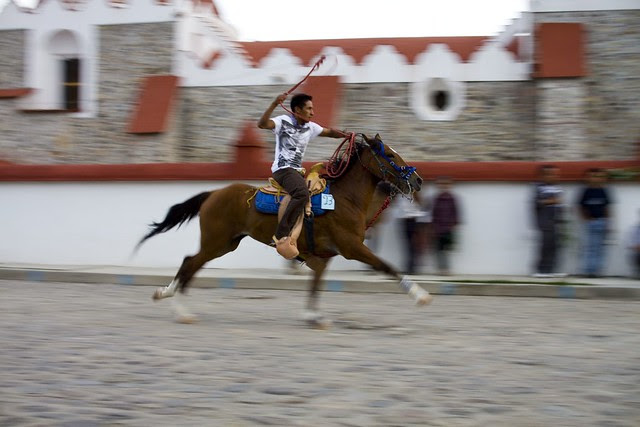 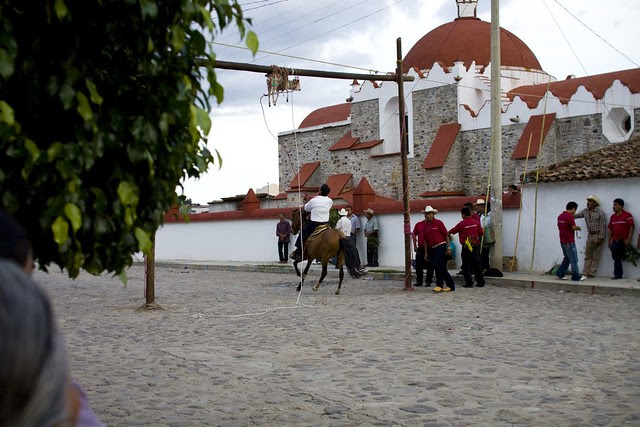 A large number of people from town congregated to watch the contest. Drinks were distributed freely. Soon after arriving several different men, young and old were offering me shots of mescal from communal cups. Pretty quickly, things started to get a little hazy as people were pouring generous amounts of fine mescal made at nearby fincas or in their cuñados backyards. 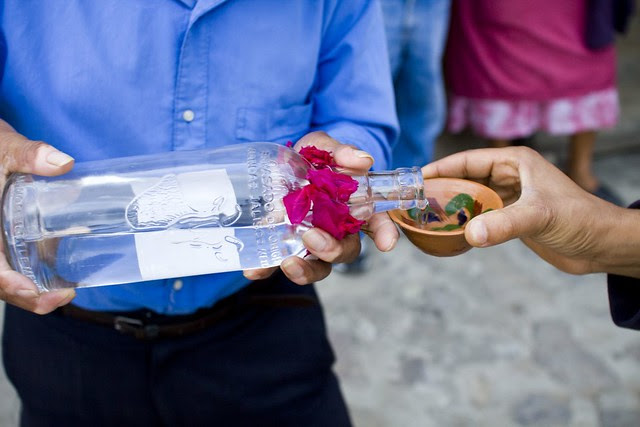 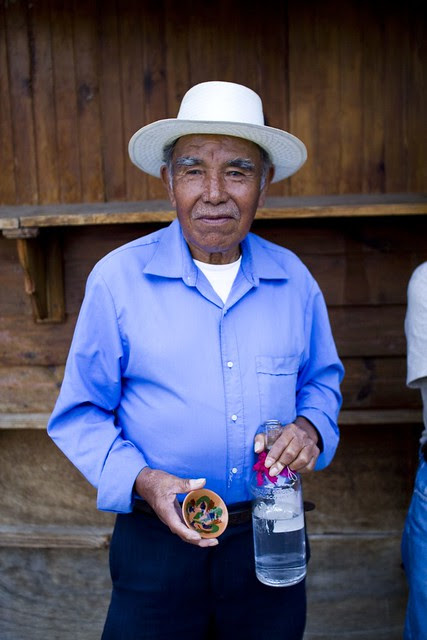 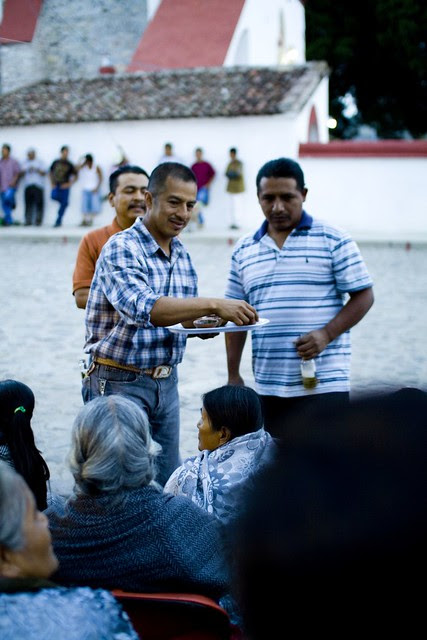 As the party progressed, the sheep was lassoed time and time again. I stumbled off to grab dinner and when I returned an hour later, things were still jumping and the mescal was still flowing. The poor sheep was actually taking it pretty well. Eventually, I simply stopped paying attention to the contest and I sat for a second dinner on the square. Men approached me and offered me tepache, beers, and more mescal. I grabbed a plate of tacos to soak up the worrying amount of booze in my system. 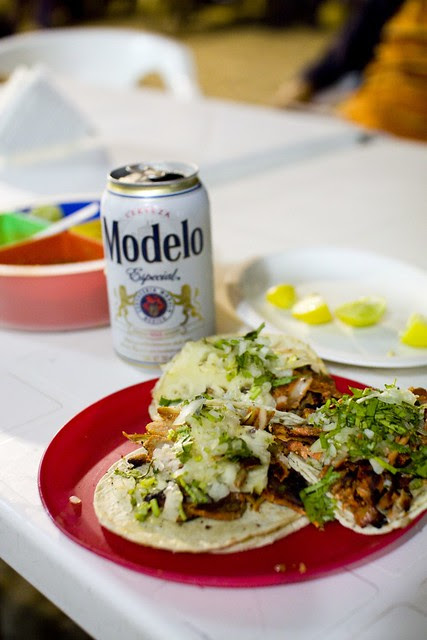 More on these tacos at a later date.
Sometime well late into the evening a man was sitting nearby with a sheep on a leash. I honestly have no idea if this was the same sheep or not, but seeing how he was getting a lot of attention, I decided to join in and take his picture. He was more than happy to pose. 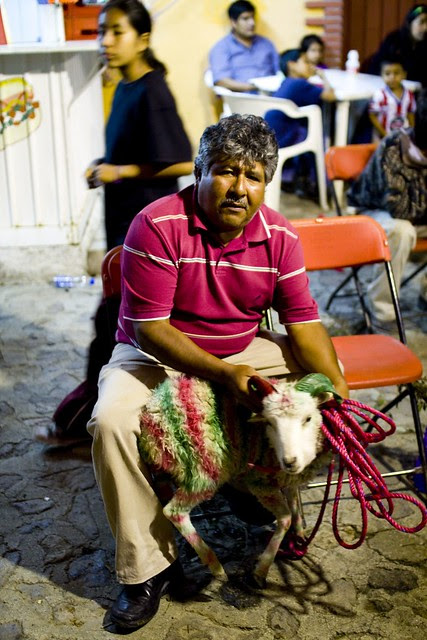 The whole photo set can be seen here.
Posted by a at 12:00 PM No comments:

For the last few weeks I've been eating and drinking my way through Oaxacan cuisine. In Teotitlan del Valle I had food and drink for which Oaxaca is famous for. But I still can't bring myself to write about it as all I can think about is beverages. I'm having one as a write this.

I like to start my day with a beverage, as I pointed out in the previous post. This day's beverage was a simple and delicious carrot juice. 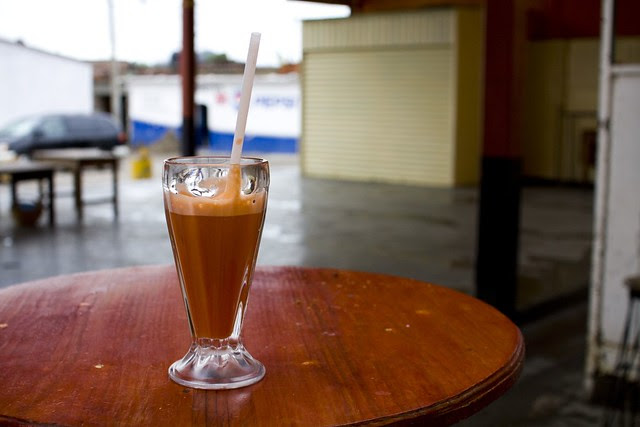 Yes the juice is good but that is only part of the equation. My perch provides me a window into the lives of others.  I arrive just as people are arriving at the market and I watch the market come alive as I ingest my morning blood sugar kick start.  I know a few vendors and we exchange greetings. Others tell me that the chocolate lady whom I frequent will be back at her stand in a matter of minutes to prepare for me another chocolate. Later, I tell them.

This juice stand is no different than juice stands I've haunted all over Mexico. And that's what I love. These stands are a great example of what I like from the street or market vendor: they do one thing or a handful of closely related things. This is not a kitchen sink approach to dining. Let somebody else take care of the tortas, tamales, or desayunos. The juice vendor has a variety of fresh fruits for jugos and liquados. The menu mostly stays the same wherever you are and is only limited by what the seasons can provide. They provide a lot. 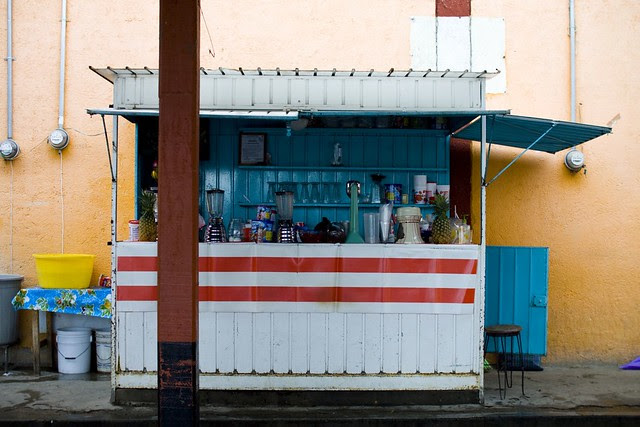 To me this juice stand and the others like it are an incredible image of beauty and efficiency.
Posted by a at 9:54 AM No comments: