At the house I stayed at in Teotitlan del Valle, one of the women made queso fresco, or fresh cheese daily. I imagine it is a tough and unglamorous life. Around the time I got up each morning to prepare for another day of linguistic analysis, she was already loading a motortaxi with her day's wares to sell at the morning market. On several occasions I bought a round of cheese and ate it alongside one of my breakfasts. Other times I just gave it to one of my friends who is simply crazy about the stuff. It's soft, moist, a little salty, and goes great on tortillas with beans, avocados and salsa. Makes a killer sandwich as well. This is a style of cheese you can find just about any place in Mexico. It might be a common food, and even a mundane specimen for how common it is, but its simple freshness is very hard to beat. 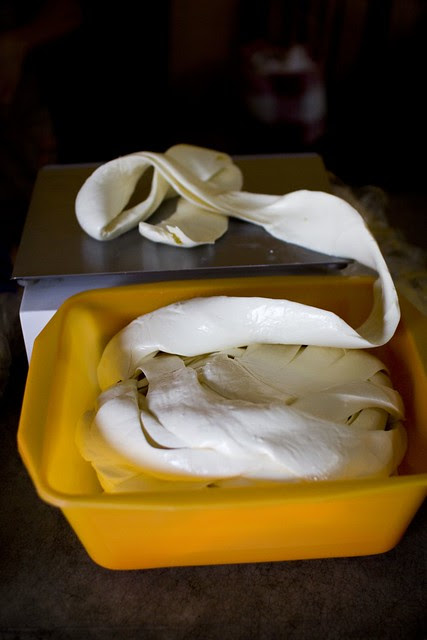 Another family member made quesillo, otherwise known as Queso de Oaxaca outside of Oaxaca. This stringy stretchy cheese is great for quesadillas and sandwiches. While staying in Oaxaca City I spent a few days eating mostly this, which was kind of a mistake. However, I'm still not sure I got my fill after a number of weeks.

These cheeses are a reminder of something I always enjoy about the developing world.  Fresh, and even handmade food is the norm not the exception. In my current home of San Francisco the current food revival has made celebrities out of those who make food from scratch, using older methods of preparation. In other parts of the world where the food systems have not yet been completely taken over by agribusiness and convenience foods, you are likely to find foods like these cheeses a part of daily life.
Posted by a at 11:39 PM No comments:

I've been letting things slide as of late but my mind is still on Mexico. Don't leave me.

As I briefly mentioned in my previous post, the central market in Oaxaca City is a rather touristy affair. It's certainly worth a visit but it can be a bit stressful owing to the plethora of vendors trying to sell you trinkets and the rather inflated prices. The market seems more focused on tourists than it does on the quality of its produce and prepared food. Maybe I'm jaded as the vendors, but having people wave menus at me usually is a sign that I want to be somewhere else. However, there is one corner of the market more or less uninterested with tourism and that's what I want to talk about today.

Soon after entering the market one encounters rows of counter seating surrounding small kitchens. There must be half a dozen or so of these comedores and they all serve the same thing and one thing only: Sopa de menudo. 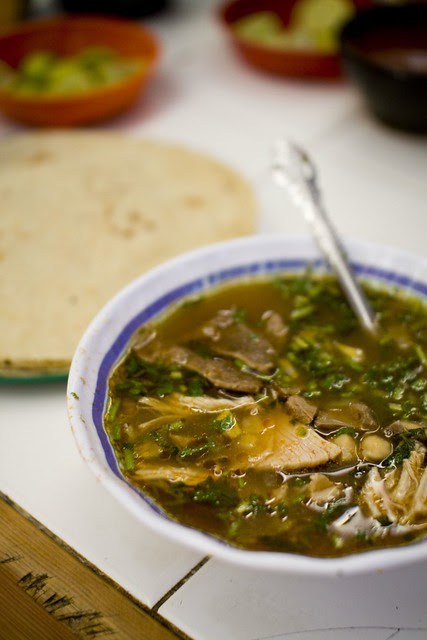 My first weekend in Oaxaca city I noticed the popularity of these stalls while the rest of the market seemed a little sleepy. These stalls were jumpin' and it was hard to get a seat. Maybe many folks were nursing hangovers (I might have been), or maybe they simply come for the quality of the soup. 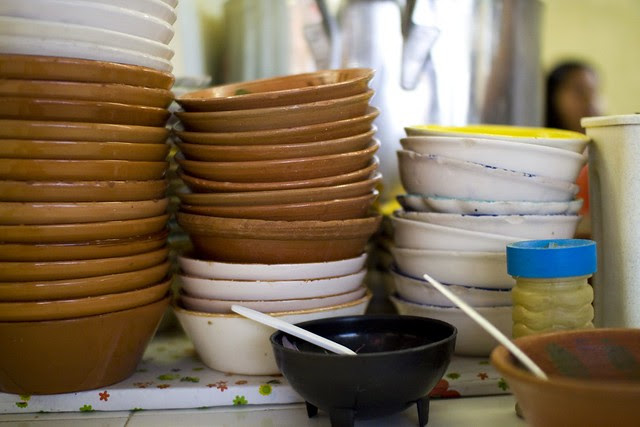 This is a salty, spicy and rich broth which bathes a variety of cow parts of which you can choose your favorites. Eating this soup reminded me of my love of what many Americans might think of as strange meat, but I truly love the different tastes and textures from the various parts of the animal. I can guaran-fucking-tee you that a cow is made up of more than just steak and ribs, fatty. 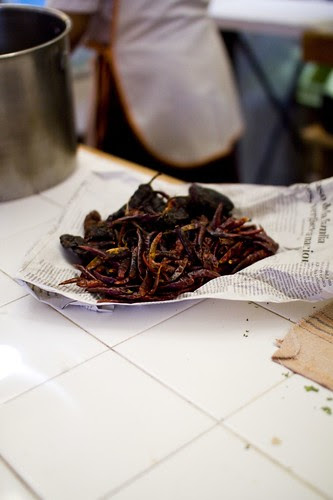 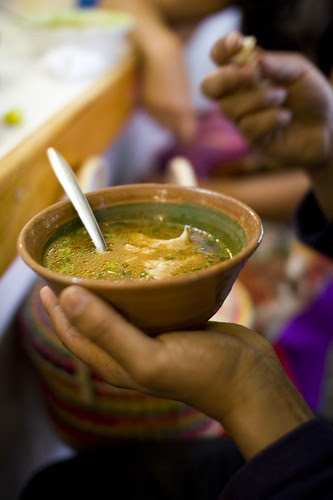 A stack of tortillas, a bowl of cow parts, a savory broth and a receding headache sound like heaven right about now. 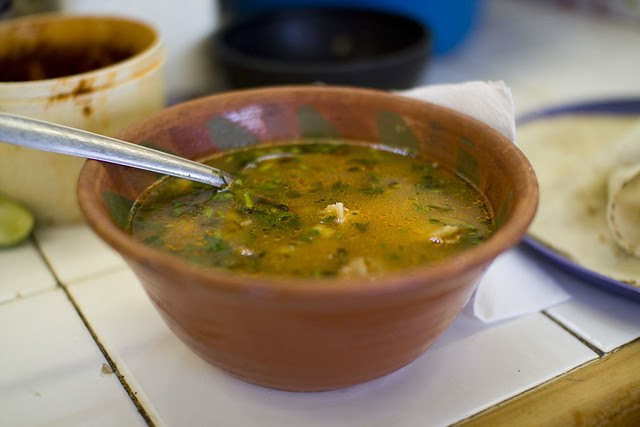 It goes without saying that a market stall that sells one thing and one thing only better get it right. Imagine stumbling to this stall nursing a debilitating headache and finding the soup or the meat sub par. People wouldn't stand for it, the stall will be under visited and they would close. When there's only one thing to be had and folks crowd around to get in on the action while ignoring the rest of the other stall you know you've found something good.

I went to Oaxaca looking forward to a variety of foods that the state is justifiably famous for. Once again, it was something totally unexpected that keeps popping into my head several weeks later. Something to think about.
Posted by a at 1:19 AM No comments: